SEOUL, Oct. 13 (Yonhap) -- A group of South Korean and Chinese scientists has developed a so-called tube resonator that can precisely measure microparticles such as cells and hair, Seoul's science ministry said Thursday.

The team led by Lee Jung-cheol of Sogang University in Seoul developed the glass capillary tube resonator with an electrical readout equipped for mass sensing, the Ministry of Science, ICT and Future Planning said. 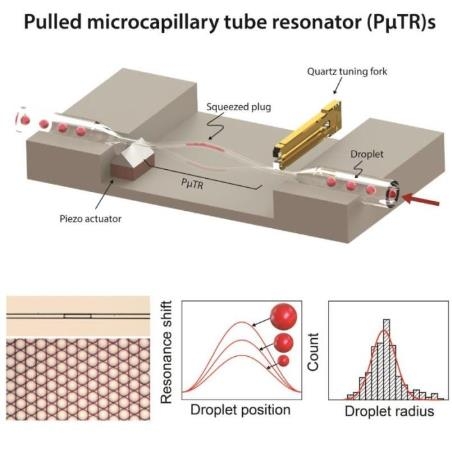 "This paper reports a microfabrication-free approach to make hollow channel mass sensors by pulling a glass capillary and suspending it on top of a machined jig," the report said.

The mass, vibration, and temperature of small particles can be precisely measured by calculating the resonance frequency shift of the structure, officials said.

"A glass capillary tube resonator was developed that can precisely measure microparticles or live single cells," said Lee, forecasting that the discovery will be used in various industries.

The research was funded by the Ministry of Science, ICT and Future Planning and the findings were published in the journal "Scientific Reports."