SEOUL, Oct. 13 (Yonhap) -- The Roman Catholic Church of France has dispatched a delegation to mark the 150th anniversary of Korea's greatest persecution of believers in the Joseon period (1392-1910), the South Korean church said on Thursday.

A group of 80, led by Cardinal Jean-Pierre Ricard of the Archdiocese of Bordeaux, will visit the pilgrimage sites of the "Byeongin Persecution" from Friday to Oct. 23, according to the Seoul-based Catholic Bishops' Conference. The delegation includes French bishops and believers from nine French dioceses.

The pilgrimage is dedicated to some 8,000 believers of Roman Catholicism who died in the religious persecution that was waged by Heungseon Daewongun, the father of King Gojong, between 1866 to 1871. Nine of the 12 French missionaries of Catholicism also died during the persecution. 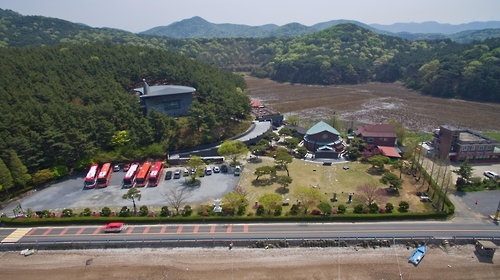 On the day of arrival at Incheon International Airport, the French visitors will have a meeting with South Korean Cardinal Andrew Yeom Soo-jung and Archbishop kim Hee-joong.

Starting the next day, the delegation will pay visits to multiple pilgrimage sites nationwide, including Martyrium Galmaemot in Boryeong, Martyrium Baeti in Jincheon and Martyrium Baron in Jecheon.

Following the journey, the French delegation and the bishops of the Seoul Archdiocese will jointly hold a mass in Myeongdong Cathedral in central Seoul on next Thursday.