SEOUL, Oct. 13 (Yonhap) -- The popular cooking reality show "Three Meals a Day: Fishing Village" is back with a new season.

Featuring actors Lee Seo-jin, Eric Mun and Yoon Kyun-sang, the new season was shot on the remote island of Deukryang off the southern county of Goheung, where the pristine natural environment and "pure" residents provided the perfect backdrop for the show, according to its producer Na Young-seok.

"We searched across all of the southern and western seas through dozens of field trips to numerous islands," he said during a promotional press conference Thursday. "We chose Deukryang Island because while it's not far from the mainland, it's not a tourist destination. It hasn't been commercialized, the environment is well preserved, and it's a safe distance for a rookie captain to sail." 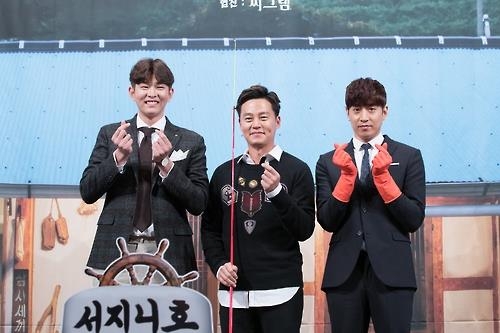 Lee, who also featured in the original version of "Three Meals a Day" in 2014, is the rookie captain. After being cast for the new season, the actor said he obtained a sailing license with "much difficulty."

"I passed with a very low score, and thought to myself: There's a time for everything," Lee said, confessing to the difficulties of studying at the age of 45.

Yoon, the youngest of the trio, described his first ride in Lee's boat as "the hairiest of all the roller coasters I've been on."

"Seo-jin brought along a lot of pills for motion sickness, so I made it back alive without getting seasick," he said.

Compared with previous seasons, this season exposes the cast to tougher situations and environments because Na said he believed that was "fitting" for Lee. There's no refrigerator or stove in the house the trio stay in, which forces them to cook everything from scratch using the tools and ingredients available on the island.

"The aim of this program is to show what human beings can create with their own strength and efforts," Na said, recalling why he launched the program two years ago. 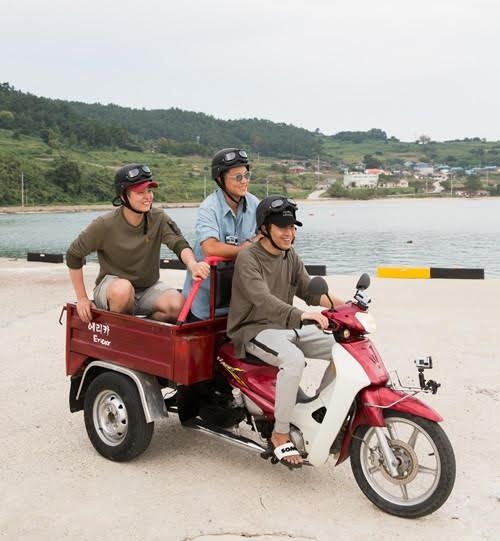 To the surprise of the entire crew and cast, Mun turned out to be an excellent cook. His cooking impressed so many that Lee joked in a preview clip shown during the press conference that the singer-actor would have been accepted to Seoul National University, South Korea's top university, had he watched education programs instead of cooking shows.

Mun, a member of the country's longest-running boy band Shinhwa, said he decided to join the program upon hearing that he'd be working with Lee. The two worked together during the filming of the 2004 drama "Phoenix," and Mun said the lessons he learned from Lee have stayed with him throughout his career. Mun recently played the male protagonist in the tvN series "Oh Hae-young Again."

"In 'Oh Hae-young Again,' I was one of the most senior members of the cast. Being in that position, I remembered how Seo-jin had been," he said. "Back then, our seniors would buy us meals at the end of the day and lead us, but it's not like that nowadays."

Season 3 will air every Friday at 9:15 p.m. on cable channel tvN. It will premiere on Friday. 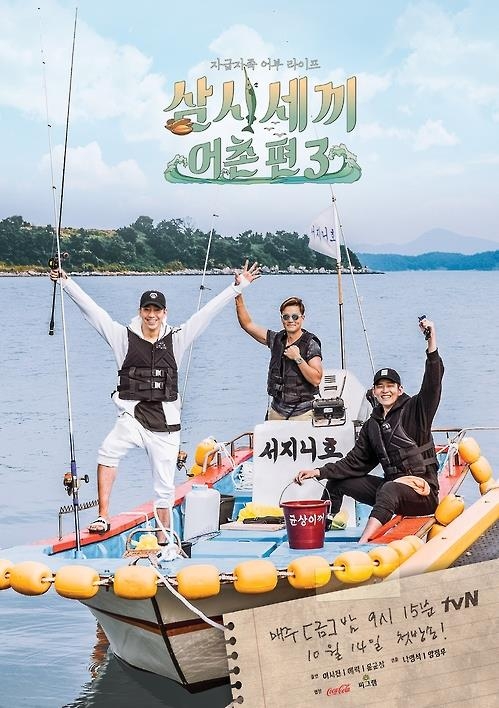 Every meal counts in Season 3 of 'Three Meals a Day: Fishing Village'

Every meal counts in Season 3 of 'Three Meals a Day: Fishing Village'