"(The ministry) summoned China's consul general in Seoul to deliver the government position," foreign minister Yun Byung-se said during a parliamentary audit into the ministry at the National Assembly. "We demanded action to investigate, arrest and punish those responsible."

This marks the third time that the ministry brought in a high-ranking Chinese diplomat to lodge a protest over the sinking. The ministry first summoned the consul general on Sunday and the Chinese Ambassador to South Korea Qiu Guohong two days later.

"We'll comprehensively review further measures that can be taken by the Coast Guard and the foreign ministry after watching how China responds to our demand," Yun said.

On Friday, a South Korean coast guard patrol boat sank during an operation to crack down on a group of Chinese vessels fishing illegally in the South Korean exclusive economic zone (EEZ) in the Yellow Sea after being rammed by one of them.

No casualties were reported, but the issue has recently emerged as a thorn in relations between the two countries, as Beijing, without making any apology, criticized Seoul's plan to take tougher measures against Chinese boats fishing illegally in its territorial waters. 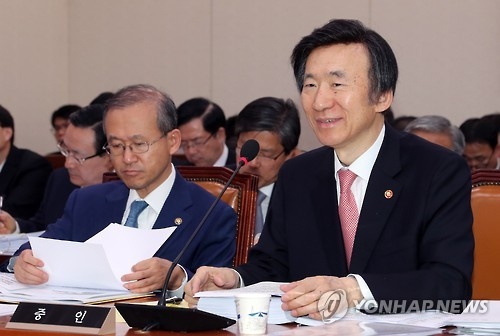