According to JYP Entertainment, the album's title carries the meaning of a fun, exciting time with the group, like a roller coaster ride.

Other songs featured in the album include pop dance song "TT," laid-back but light and cheerful "1 to 10," "Ponytail," which contains a message of comfort, up-tempo pop song "Jelly Jelly," "Pit-a-Pat" which depicts the pounding heart of a woman in love, "Next Page" with addictive lyrics and "One in a Million," a track that gives off the message that everyone is special.

Particularly, the group unveiled the EP's seventh track "One in a Million" in celebration of the first anniversary of its debut on Thursday. It was dedicated to their fans. 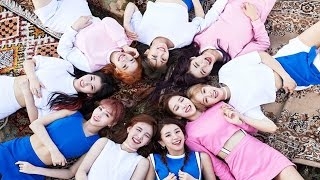