SEOUL, Oct. 25 (Yonhap) -- Actress Park Shin-hye has been cast for a new crime thriller that also includes other star actors such as Choi Min-sik and Ryu Jun-yeol among its main cast, the film's production company said Tuesday.

The movie tentatively titled "Silent Witness" revolves around a finance magnate's daughter who is embroiled in the murder case of her father's fiance, a famous singer, according to Yong Film Inc.

Park's character is the lawyer defending the daughter while veteran actor Choi will play the role of the tycoon who firmly believes that money makes the world go round.

Park has become an icon for actresses in their 20s after attracting considerable attention in the drama series "Pinocchio" where she was a news reporter who passionately pursued justice, and "Doctors" where she portrayed a neurosurgeon also skilled in martial arts.

Meanwhile, Ryu who has given memorable performances in the hit series "Reply 1988", plays a character who holds the key to solving the film's mystery.

The filming is currently under way in Gapyeong, Gyeonggi Province, with the domestic release set for sometime next year. 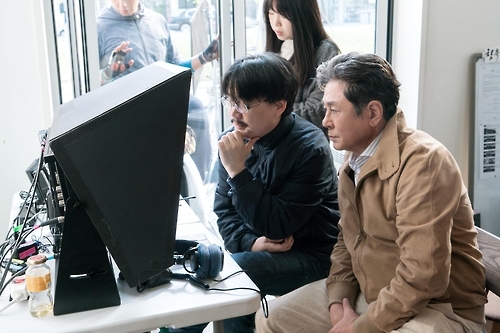