Hillman, 53, becomes the second foreign manager in the KBO's 34-year history, after Jerry Royster, who managed the Lotte Giants from 2008 to 2010.

Hillman also becomes the first man to manage in the MLB, Nippon Professional Baseball (NPB) in Japan and the KBO.

Hillman served as a manager in the New York Yankees minor league system from 1990 to 2001, then became the director of player development for the Texas Rangers in 2002.

Hillman returned to the majors to manage the Kansas City Royals from 2008 to 2010.

He was the bench coach for the Los Angeles Dodgers under Don Mattingly for three seasons, and was a special assistant for major and minor league operations for the Yankees later. 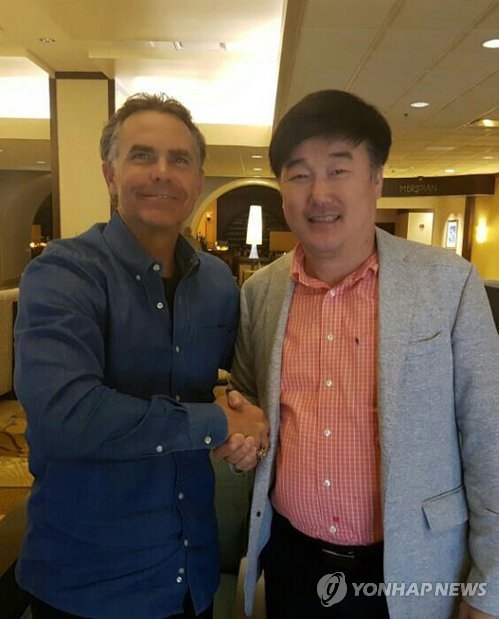 Most recently, Hillman was the Houston Astros' bench coach under A.J. Hinch the past two seasons.

The Wyverns said Hillman is scheduled to arrive in South Korea on Friday to sign the contract and meet with the players, before returning home on Saturday.

The Wyverns missed the postseason in 2016, finishing sixth among 10 clubs with a record of 69-75.

Hillman has been tasked with reversing the fortunes of a former dynasty.

They grabbed the wild card spot as the fifth seed in 2015, despite a 69-73-2 (wins-losses-ties) record, and lost to the Nexen Heroes in the wild card game.

The Wyverns were left outside looking in again this year, finishing sixth at 69-75. They then let go of manager Kim Yong-hee, who'd been with the club for two seasons.

An official with the Wyverns said signing Hillman represented a step in a new direction for the franchise. They interviewed three candidates before settling on him.

"It all started with looking at ourselves in the mirror after doing poorly the last four seasons, and we felt we needed a paradigm shift," the official said. "And Hillman was the candidate that was best suited to the direction we wanted to take. He has proven his managerial chops in the majors and NPB and has a deep understanding of Asian baseball."