SEOUL, Nov. 24 (Yonhap) -- During her college years a decade ago, rising rents were a major headache that revisited Lynne Ahn on a monthly basis. She had to constantly search for part-time jobs at the expense of her studies to keep up with the costs.

A law major at Hanyang University, she decided to take a different path from most of her friends: Instead of preparing for the bar exam, she opted to study urban planning at Seoul National University's Graduate School of Environment Study for her master's degree.

"I wanted to offer a solution to college students who cannot afford decent housing," the 32-year-old told Yonhap News Agency in a recent interview. "I had to private tutor middle and high school students to pay rent the entire time I was in college. It was a real distraction from my own studies."

Last year, she set up CO.T.ABLE, a start-up that offers a service that allows a group of students to share a well-furbished house at affordable and lower-than-regular rent prices. 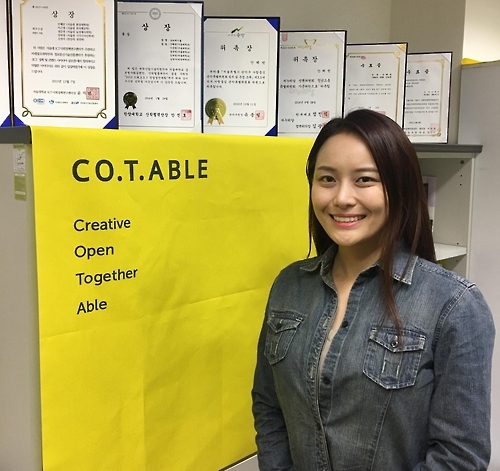 Through the house-sharing service, the landlords of a house allow the company to rent it out to a group of students, meaning more rental income for them at once. The tenant group will then be able to pay less by sharing the rooms of the house.

The biggest merit for the landlords is that they can receive a steady and more-than-usual rental income by not having to seek out tenants one by one. Since the shared home company can find a group of tenants for them, it's a win-win for all parties.

The company basically receives commissions acting as an agent. But it can generate extra income by offering home maintenance and repair services to landlords and customized services to students, such as room cleaning, laundry, ironing and food delivery.

"The commissions are not enough to seek sustainable growth. So we are planning to provide such customized services to our house-share customers in the long term," the CO.T.ABLE chief executive said.

In its home-share business that began this year, CO.T.ABLE has signed a contract with dozens of landlords and rented out 12 houses to 52 SNU students. It plans to advance to other universities across Seoul to increase the numbers of houses and students to 50 and 200, respectively, by February.

"University dormitories cannot afford to house all the students who came to Seoul from other provinces. CO.T.ABLE can handle some of them with its services," she said.

There are 63 universities in Seoul and while most of them operate dormitories, they cannot accommodate all dormitory applicants. The dorms at SNU, the country's most prestigious state-run university, can only accept 20 percent of the school's 14,000 undergraduate students. 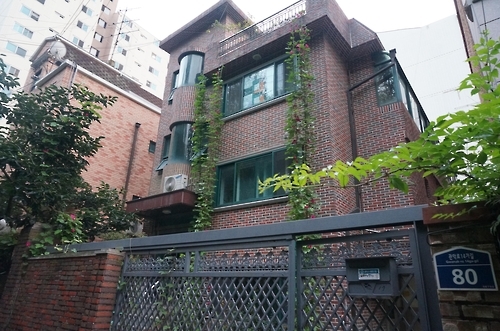 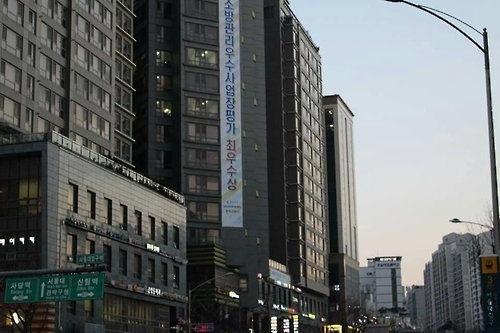 CO.T.ABLE is one of 66 house-sharing service companies in Seoul, home to 20 percent of the country's 50 million people and the country's most prestigious universities.

The number of home-sharing companies is on the rise helped by demand from landlords and students.

"An increasing number of landlords show an interest in shared house programs as they seek a place to achieve higher gains amid record-low interest rates," said Lee Su-mi, an official at the housing policy division of the Seoul Metropolitan Government. "Pressured by rising rents as well as high tuition fees and difficulties in landing a job, more students are deciding to share a house with others."

The city government has provided a total of 1,146 rooms since 2009 to undergraduates who came from low-income families in local districts. The rooms were offered at prices 30-50 percent cheaper than regular rents.

"Shared house services are getting popular with students because they offer communal spaces (similar to a dorm) where students can come together for socializing and studying at competitive prices," Lee said.

When it comes to rental costs though, the dormitory beats all other forms of housing.

CO.T.ABLE offers a decent house which can be shared by four to five people at a monthly average of 320,000 won per person with a much lower deposit of 5 million won. The deposit is returned when the contract period expires. 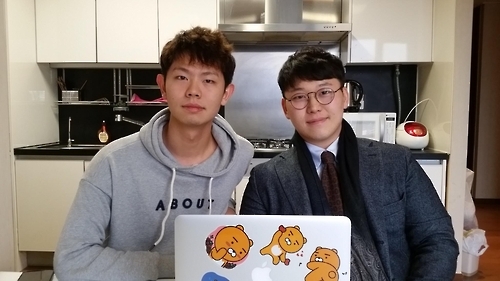 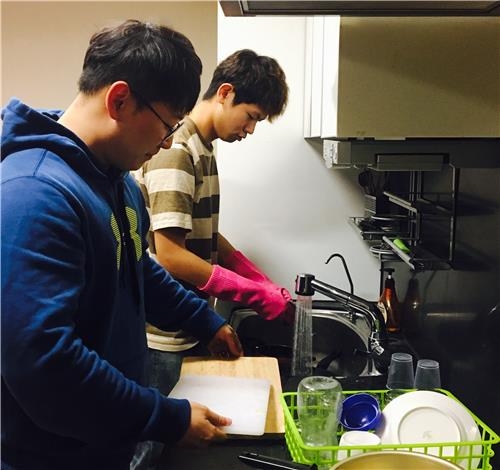 It's only been less than a year since CO.T.ABLE launched the house-share services, but they have already drawn positive feedback from landlords and their tenants.

Jang Se-hyeok, a 21-year-old economics major at SNU, shares a house with three others said he has greatly benefited from the services. Since his parents' house is in northern Seoul, from which it takes about two hours to get to school, he chose to live on his own two years ago.

"This is my first time sharing a house with strangers. I used to feel lonely when I lived alone in a studio. But now I feel safe and secure when I get back home at night because I know my housemates are there," the Seoul native said.

His housemate Yun Ji-muk, 24, who studies Chinese literature and language, also prefers a shared house to a studio apartment.

"This house feels like a home away from home. Its cozy and the amenities are unrivaled compared to studios which offer much more inferior facilities at similar prices," Yun said.

Jang, Yun and two other shared-house dwellers live in a recently-built efficiency apartment, called an officetel here, just five minutes away from the SNU subway station. They each pay what they call an "acceptable" 500,000 won a month for a room in the house with a deposit of 5 million won.

The efficiency apartment's owner Kim Soon-ja, 67, expressed satisfaction with the income results from the house-sharing contract over the past eight months.

"My rent income has increased 10 percent under the house-sharing contract (with CO.T.ABLE). I love the home maintenance and repair services provided by CO.T.ABLE. I want to renew the deal next year," she said.