The news songs are the lead track as well as "Dear," which expresses the members' heartfelt feelings toward their fans; "Miss U;" "Ordinary Thing;" "Lost Pieces" and "That Spring, This Autumn."

"Star's Star" relates the fans to stars, in the hopes that each one would remain the group's eternal stars. The song's overall production was spearheaded by eminent producer Duble Sidekick, who also took the reins of the group's famous song "Mr. Chu."

The special album also includes ballad versions of "NoNoNo and "LUV," an R&B version of "Only One," and the instrumentals for "Mr. Chu," "Love Like A Fairytale" and "April 19th."

"This album is a gift to the fans who have showed unwavering love and support to the group for six years straight," Plan A Entertainment added. "It carries a special story and encompasses diverse genres, much like a full-length album." 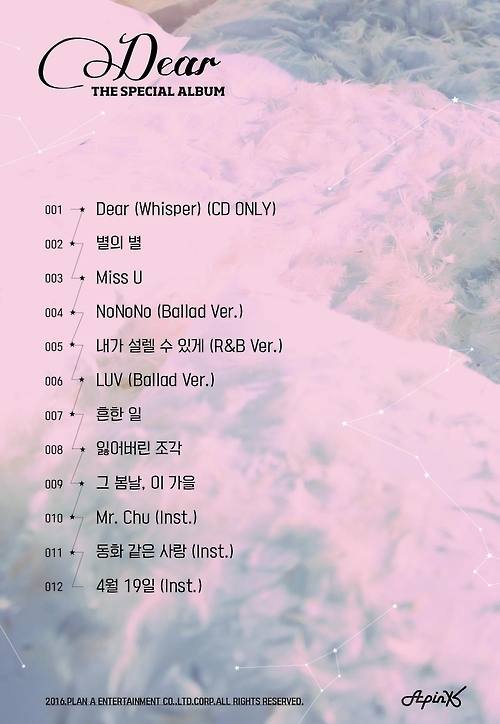