Hyun, 34, and Kang, 26, first met at a work meeting in October and committed themselves to a serious relationship about two weeks ago, according to their respective agencies.

"We're very cautious to be making a personal announcement at a time like this," Hyun's agency VAST Entertainment & Media said in a statement. "But we would like you to kindly look at these two people who are just starting out and send them lots of encouragement and love in their acting activities, too."

The agency was apparently referring to the national turmoil stemming from a massive corruption scandal involving President Park Geun-hye and her confidante.

Hyun rose to stardom in the 2005 TV series "My Name is Kim Sam-soon" and established a name for himself after the 2010 drama "Secret Garden." In his upcoming film "Cooperation," set for release next month, the actor will play a North Korean detective involved in a joint undercover investigation with South Korean police. 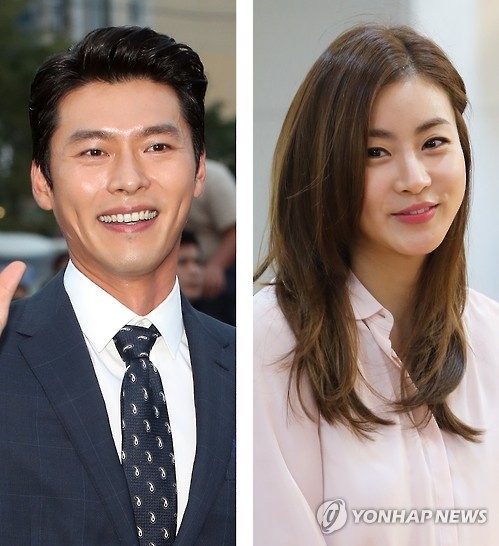