SEOUL, Dec. 29 (Yonhap) -- North Korea has purged a total of 340 people since leader Kim Jong-un took control of the communist country in 2011, an indication that Kim is continuing his reign of terror to consolidate his power, according to a white paper released Thursday by a state-run think tank.

The white paper published by the Institute for National Security Strategy, a think tank run by the National Intelligence Service, revealed that Kim has committed flagrantly inhumane acts by removing senior officials, including his once-powerful uncle Jang Song-thaek, who was executed in 2013 for treason, and residents in an apparent attempt to secure his grip on power.

Kim was recommended as the supreme commander of the Korean People's Army on Dec. 30, 2011, about two weeks after the death of his father Kim Jong-il, heralding his rise to power.

"Since the North executed its defense chief Hyon Yong-chol in 2015, it has refrained from purging senior officials for the time being. But it has executed about 140 senior officials, including three purged this year," it said.

In the white paper, the think tank also criticized the Kim regime for oppressing its residents, and wasting state coffers on nuclear and missile developments.

"In spite of a dilapidated economy, it has poured US$300 million into 29 rounds of nuclear tests and missile launches, and spent $180 million on making 460 idols linked to its efforts to strengthen the personality cult of the Kim family," it said.

The institute also forecast that the North will finalize the job of strengthening Kim's personality cult and continue to pursue its "byongjin" policy, under which it seeks to develop both its economy and nuclear weapons program as part of its efforts to fight against international sanctions imposed over its nuclear and missile ambitions.

"Heavy financial burden arising from the strengthening of Kim's personality cult, coupled with the mobilization of residents, is expected to deepen a rift in the North Korean system," it said. 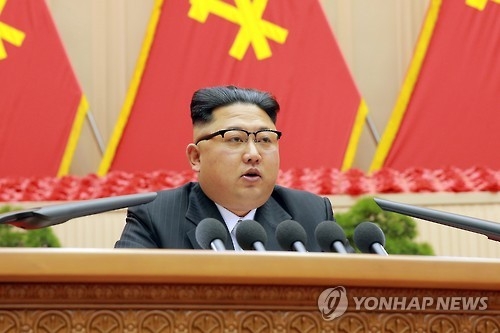