The military said that all static 90 mm coastal defense guns, based on the main armament of the vintage M-47 and M-48 tanks, will be replaced by the new 70 mm Low-Cost Guided Imaging Rocket (LOGIR). The new weapons will be deployed by the end of the year.

"The move will greatly enhance the capability of marines to counter fast-moving targets like North Korean hovercraft that threaten South Korean islands along the maritime demarcation line in the Yellow Sea," a source said.

Hovercraft, or air cushion vehicles (ACV), are particularly well-suited for operations in the Yellow Sea with its large mud flats and shallow depth. They are, however, more vulnerable to damage compared to other boats and can be left dead in the water if their propulsion system is destroyed.

He said old coastal guns must be operated manually by hand and have long been cited as not being very effective against ACVs and other fast-moving vessels.

Military experts said that compared to the 1-2 km effective range of coastal guns, infrared-guided LOGIR can hit targets out to 5-8 km. A single system, mounted on a truck, is capable of engaging numerous targets at once. A specially built truck can carry upwards of 40 guided missiles which can decimate fast moving hovercraft formations that come within its striking range.

Local arms manufacturer LIG Nex1 has been developing the system for several years with the government approving deployment after extensive tests.

The planned deployment comes as Seoul's military said North Korea has built an ACV base at Koampo, some 50 km north of South Korea's Baengnyeong Island in the Yellow Sea. The facility has some 70 hovercraft, with intelligence showing troops carrying out regular amphibious landing drills with the vehicles when not in winter.

After LOGIRs are deployed with the Marine Corps, Seoul plans to provide the missiles to the Army and Navy. 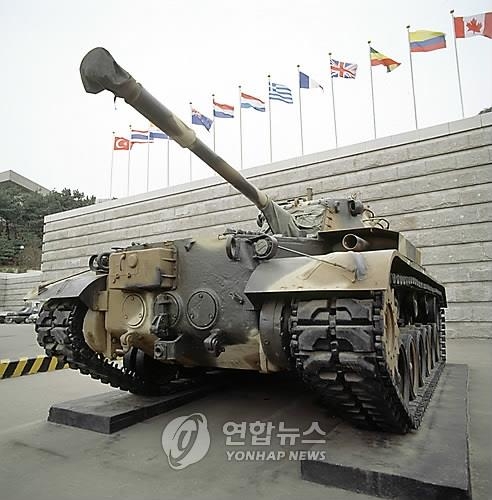