The carmaker sold 460,703 units in the European market over the January-November period, up 8.8 percent on-year, industry data showed.

Experts said with the figure already having surpassed 458,132 units sold for the whole of 2015, it is likely that this year's shipment will top the 500,000 unit mark if December's shipments are added.

Hyundai is also estimated to have sold more than 500,000 units in India last year, along with South Korea, the United States and China.

The Hyundai Tucson was the best-selling car in Europe over the cited period, with its sales reaching 143,886 units. The i20 and i10 hatchbacks followed with 92,565 and 80,983 units, respectively.

"We were able to post a record-high performance in Europe despite a challenging environment on the strength of the Tucson," an official from Hyundai said. "As we expect the European market to suffer from slower growth this year, we will focus efforts to expand sales based on thorough strategies." 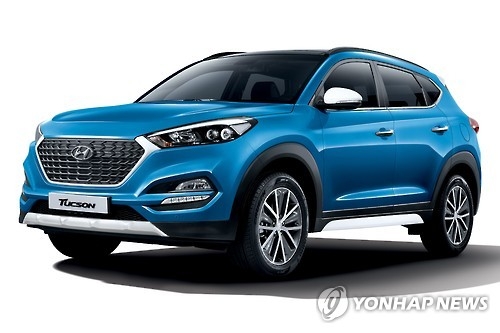 Hyundai ships record-high number of cars to Europe in 2016

Hyundai ships record-high number of cars to Europe in 2016