INCHEON, Jan. 1 (Yonhap) -- The world's No. 2 skeleton slider Yun Sung-bin said Sunday that the upcoming competition in Europe will be an important test for him as he moves forward.

The athlete told reporters at Incheon International Airport as he headed to Germany that last season's good showing is the result of him being more accustomed to sleigh tracks in North America compared to Europe.

He is seen as South Korea's main hope in the skeleton race as the country gets ready to host the 2018 Winter Olympics.

Yun won the gold in the first International Bobsleigh & Skeleton Federation (IBSF) World Championships event held in Canada this season and finished third in the second competition in the United States.

He ended the previous season ranked second after top-ranked Alexander Tretiakov of Russia, even though Yun did not do so well in championship events held in Germany where he ended up in 12th place and fourth place, respectively. Latvia's Martins Dukurs, who had been dominant in the field for the past decade, slid to fourth in the world standing.

"I am used to North America and feel at ease when I compete there, but this is not the case in Europe where I have less experience," the athlete said. He said that by competing in Europe he will be able to check himself and determine his weaknesses.

"I have done careful research in terms of preparation and hope such efforts will bear fruit."

Yun is expected to compete in Germany, Switzerland and Austria before returning home to compete in the final IBSF championship to be held in PyeongChang, the main city for the upcoming Olympics. The PyeongChang event will allow organizers to check the facilities.

On the issue of striving to be No. 1 in the world, Yun said if he thinks about such matters he can lose focus.

"If I do well, my ranking will naturally go up," he pointed out.

The skeleton slider has emphasized that doing well in the Olympics is a key goal for him. 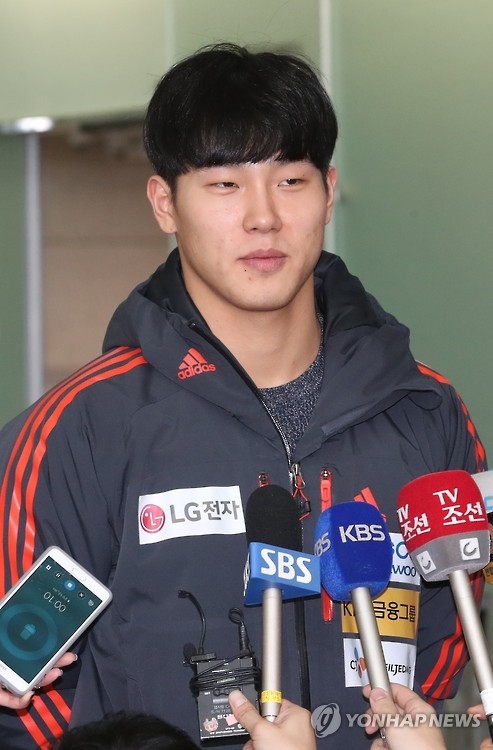