SEOUL, Jan. 1 (Yonhap) -- Moon Jae-in, former head of the main opposition, outpaced other presidential contenders, an opinion poll showed Sunday, standing as the most popular candidate even in a hypothetical two-way race.

The survey that was conducted on 2,022 South Koreans last week has a margin of error of plus or minus 2.2 percentage points.

President Park Geun-hye was impeached by parliament on Dec. 9 over allegations that she allowed a close friend to exert influence on state affairs and engage in unlawful profit taking. If the court confirms her removal, the presidential election has to be held within two months. 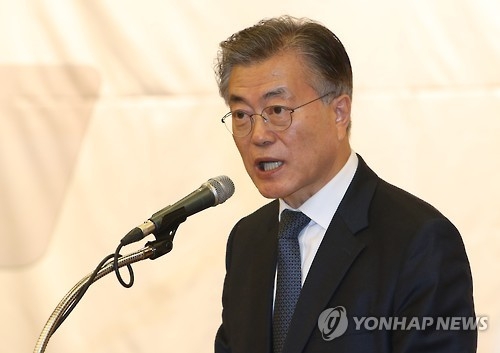 Park's potential ouster has dealt a harsh blow to the conservative bloc, bolstering support of Moon, political pundits said. Moon had lost against Park in a 51.6 percent to 48 percent vote in 2012.

While Ban has never openly expressed his intention to run for the race, unlike Moon and Lee, the public currently has a watchful eye on what actions he will take as his term at the United Nations ended last month.

In a hypothetical two-way race between Moon and Ban, the former Democratic Party head garnered 42.9 percent, beating Ban who posted 30.7 percent. The survey showed a large 26.4 percent remained undecided over the scenario.

Ban still fell behind the two-way race against Lee, also a Democratic member at 40.3 percent to 30.2 percent, indicating the liberal bloc is more solidly behind its perceived candidates compared to conservatives who may be taking a wait-and-see approach.

By party, the Democratic Party was favored the most by the public at 36.3 percent, followed by the ruling Saenuri Party with 12.4 percent.

Hit by the influence-peddling scandal, Saenuri has been losing ground after facing an internal feud among reformists and Park loyalists.

The conflict resulted in the departure of some 30 lawmakers in December, who vowed to establish a separate party tentatively named New Conservative Party for Reform this month. The group posted an approval rating of 5.9 percent in the survey, falling behind the People's Party that posted 9.7 percent. The minor Justice Party held a comparable figure of 3.6 percent.

Concerning Ban's political path after he returns home later this month, 23.4 percent of the respondents said they expect Ban to open a new party to run for presidency.

On the key issues over the presidential election, 50.1 percent of the respondents cited economic policies, trailed by welfare programs with 15 percent. Another 11.3 percent said candidates' stance on a constitutional revision will play a decisive role.

The discussion on the constitutional reform resurfaced recently, as politicians claim that the latest scandal surrounding Park is attributable to the existing system which grants the president an excessive amount of power.

Around 10 percent of the respondents also said they will keep a watchful eye on security and unification policies.

Meanwhile, when asked about the constitutional amendment on the current five-year, single term presidency, 65.4 percent of the respondents said they would like to see a revision, while 28.2 percent opposed the idea.

Among those who agreed on the constitutional amendment, 51.8 percent said the revision should take place before the presidential election, while 45.3 percent said it should be done during the next president's term. For preferred type of power system, 45.9 percent picked a four-year, two-term presidency, while 29.2 percent selected a semi-presidential system. 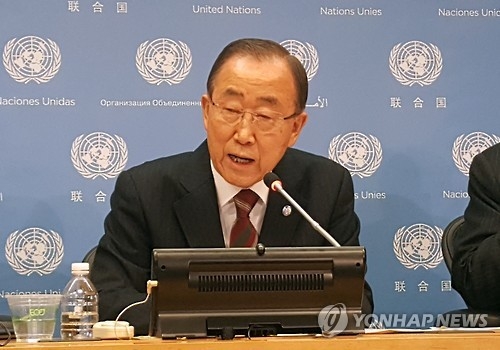