SEOUL, Jan. 2 (Yonhap) -- South Korea's petrochemicals exports are estimated to have reached an all-time high last year largely due to a rise in demand in their biggest export destination, China, and other newly emerged markets, industry data showed Monday.

Exports of petrochemicals produced by South Korea's four oil refiners were tallied at 445 million barrels in the first 11 months of the year, according to the data.

When figures from December are included in the tally, last year's exports of petrochemical products are estimated to have amounted to 490 million barrels, surpassing the previous record high of 477 million barrels seen in 2015.

The exports include gasoline, diesel, naphta, LPG and other oil-related products.

Their stellar performance is attributed to an increase in demand from China and other countries, especially from Southeast Asian countries, industry sources said.

Exports of petrochemicals, especially those to China, have been on a decline because of a slowdown in the world economy and the neighboring country's increased self-supply of petrochemicals.

Aided by increased exports, the country's four oil refiners -- SK Innovation Co., GS Caltex Co., S-Oil Corp. and Hyundai Oilbank Co. -- are projected to have racked up a record high operating income of 7 trillion won (US$5.79 billion) last year, on the back of rising oil prices and improved refining margin.

Their previous record operating income was 6.81 trillion won set in 2011. 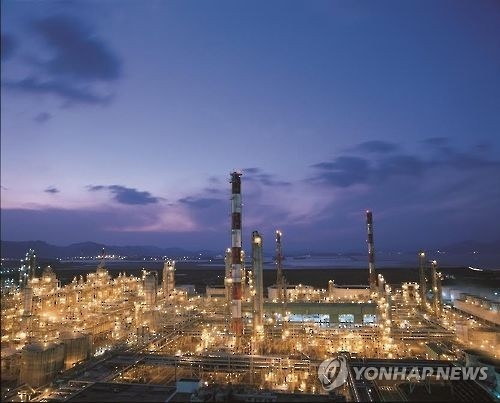