The delinquency rate of loans to large companies stood at 1.58 percent, down 0.99 percentage point from a month earlier, according to the Financial Supervisory Service (FSS).

The decrease came as a local court approved a rehabilitation plan by STX Offshore & Shipbuilding Co., once the nation's No. 4 shipyard. It was put under court receivership last year, succumbing to a drawn-out slump in the shipbuilding industry.

The delinquency rate surged to 2.17 percent in June last year shortly after STX was placed under court protection and stayed in the 2-percent range till October.

With the court's decision on Nov. 11 to revive the firm, some loans were redeemed, helping lower the rate.

Meanwhile, the delinquency rate of loans to small and medium-sized firms rose 0.02 percentage point to 0.85 percent on-month in November.

"(We) will continue to monitor risk factors including the up and down of won-denominated loans by domestic banks and the possibility of vulnerable industries going insolvent," the FSS said. 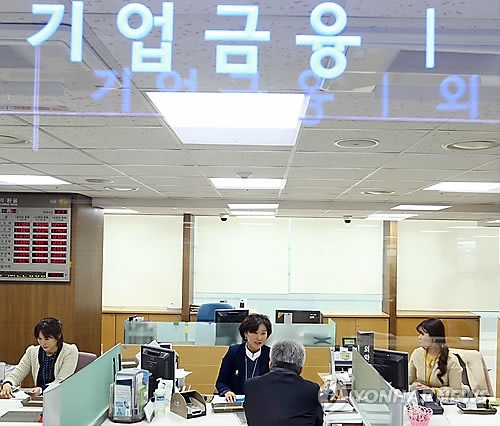 Loan delinquency rate for conglomerates falls below 2 pct in Nov.

Loan delinquency rate for conglomerates falls below 2 pct in Nov.