SEOUL, Jan. 2 (Yonhap) -- The global memory chip market is expected to grow more than 10 percent on-year in 2017 on the back of solid demand and an increase in average market prices, data showed Monday.

The total sales for DRAM and NAND flash are forecast to reach a new record high of US$85.3 billion this year, up from $77.3 billion a year earlier, according to the data compiled by industry tracker IC Insights.

After expanding by more than 20 percent on-year in both 2013 and 2014, the memory market fell upon difficult times in 2015, IC Insights said.

The memory market is forecast to continue to expand down the road, with sales topping $100 billion for the first time in 2020 and then reaching nearly $110 billion in 2021, the data showed.

The industry tracker, however, forecast that the global DRAM market will log 11 percent on-year growth in 2017.

The global market for NAND flash -- which is widely used in smartphones and laptops -- is expected to grow 10 percent on-year in 2017, the data showed. 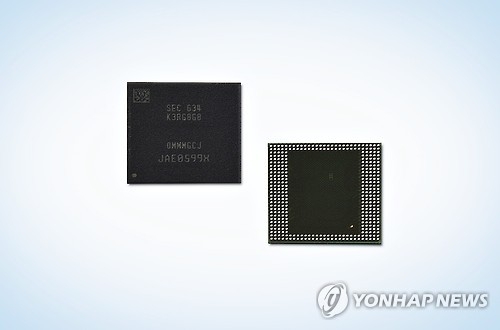