Yoo is one of 30 lawmakers who left Saenuri to launch a new party, tentatively named the New Conservative Party for Reform, this month.

"If (Moon) is to become a presidential candidate, he needs to deliver clear opinions on the inter-Korean military issues, such as the Korea-U.S. alliance and the deployment of the Terminal High Altitude Area Defense (THAAD) system," Yoo said during an interview with CBS Radio.

"Many people are concerned about his stance on national security," said Yoo, one of the potential presidential candidates representing the conservative bloc.

"Moon virtually opposed THAAD. I am concerned on how he thinks of the North, especially as he said that he would visit Pyongyang before Washington if elected president," he said.

Yoo also mentioned that Moon, as presidential chief of staff, proposed soliciting Pyongyang's opinion when the South was mulling whether to vote on a U.N. resolution on the North's human rights records in 2007.

Yoo said his planned new party is still open to Ban, if he shares the same vision of the conservative politicians. 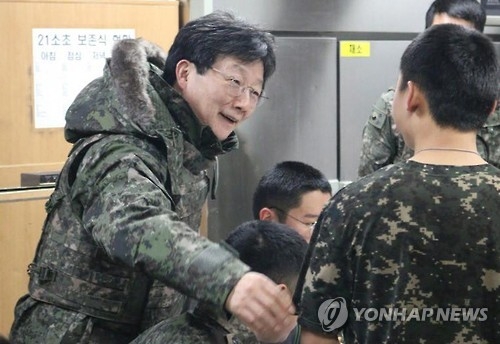