SEOUL, Jan. 2 (Yonhap) -- Through 19 years without a single hiccup in its member lineup, idol band Shinhwa is still driven to prove itself.

The group, which debuted in 1998, released its 13th studio album "13th Unchanging-Touch" on Monday at 12 a.m. It marked their first full-length album in nearly two years and their first material since "Shinhwa 13 Unchanging Part 1-Orange," an EP album released last November that serves as a prelude to their latest release.

Having "unchanging" in the title, one would imagine they're sticking to their tried-and-true formula, which usually involves the members flashing their finely toned abs to exude an image of hyper-masculinity.

As a matter of fact, Shinhwa is K-pop's original 'jimseung-dol,' which means "beast idol."

The title, however, turns out to be misleading in the sense that the group is under constant pressure to change to remain relevant.

And that's why they're doing away with the jimseung-dol concept and trying out what they call a "homme fatal" look and feel. 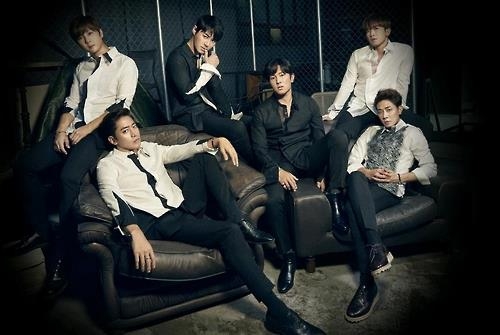 "The members pour in much time in order to present a fresh image," said Shinhwa member Andy Lee in a group interview with Yonhap News Agency in downtown Seoul.

Shin Hye-sung agrees. "Frankly, what pops up in people's mind when talking about 'Shinhwa' is the image of a long-running idol group.

"If we maintain our style (from the album) 'Brand New' we'd easily receive songs and it would also be easy for us (to perform). We always sought out the new and discarded what's comfortable for us," noted Hye-sung.

Along with title track "Touch," the album has 10 songs: five new songs including "Heaven" and "Super Power" and five repackaged tracks from "13 Unchanging Part 1-Orange."

"Having filled 'Part-1' with sugary songs for the fans, we tried to strike a balance by putting a sophisticated and posh feel in the main album," Lee Min-woo described.

"We emphasized the overall balance, as (the songs) are sung by all six, as opposed to a solo performance." 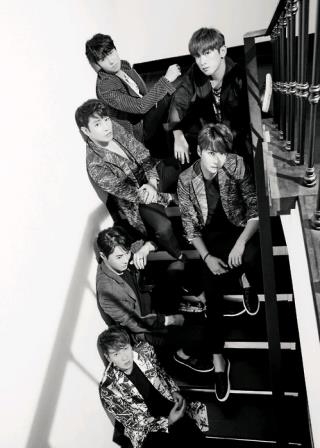 "Touch," a powerful yet emotional electronic number, is about the regrets and pains of parted lovers. It garnered much attention even before its release due to its star lyricist Kim Yi-na, who the group can't praise enough.

"I think Kim Yi-na does extensive research (when writing lyrics). The lyrics have taken into careful consideration of each member's own distinct color," said Kim Dong-wan.

Min-woo saw her work as having a well "balanced structure."

"Often times, such highly calculated lyrics don't mesh well with a song. But this one's an exception," he said.

They say the success to their longevity, which is rare especially in the current cutthroat music industry, lies in the members' overall mediative temperaments, especially in times of internal strife.

"Conflicts are sure to surface in any group situation. But we have members that always mediate in times of discord," Eric Mun said.

Shinhwa is scheduled to hold a concert in Taiwan on Feb. 4, followed by shows in Busan and Daegu.

Teaser of the music video for Shinhwa's 'Touch.' (Yonhap)