The Ministry of Environment said it slapped a total of 7.17 billion won (US$5.93 million) in fines on the local units of Nissan, BMW and Porsche after detecting defects in the certification documents for 10 vehicle models.

Nissan Korea Co. is suspected of submitting reports from Mercedes Benz for its Infinity Q50 and those made by Renault for its Qashqai model.

In the case of BMW, it submitted the vehicle test results from the X6M model for its X5M, the ministry said.

The local unit of the German automaker has explained that some of the X6M's test results were included as the two models have the same engine and are under the same certification number, according to the ministry.

BMW Korea reportedly maintains that the cars should be allowed to share their test results.

The local unit of Porsche is accused of modifying emissions test results.

The ministry said Porsche voluntarily reported the defects in its certification documents to the ministry and the prosecution over the course of their investigation.

The government has asked the state prosecutors to formally investigate the local unit of the Japanese carmaker Nissan. Still, it decided not to seek an official probe into the other two carmakers, taking into account that BMW's violation of law was minor and Porsche voluntarily reported to the authorities.

The ministry said it will improve the Korea Emission & Noise Certification Information System (KENSIS) to prevent similar irregularities from recurring. 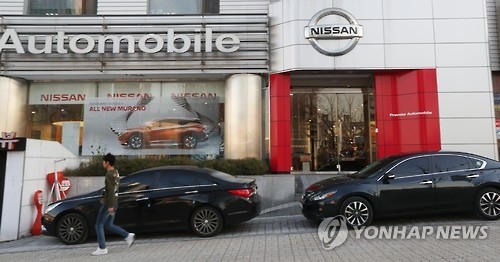