The median temperature was 13.6 C between January and November, 1.1 degrees higher than usual, the Korea Meteorological Administration said. The figure was the highest since 1973, when the country completed the establishment of 45 weather observation centers nationwide, the agency said.

Most of the country, except for Gangwon Province, experienced higher temperatures than the preceding years, with the central and southeastern regions, in particular, undergoing a big rise, the agency said.

A heat wave warning was issued even in May because of the influx of warm air from the southwest and strong sun radiation.

High pressure in the North Pacific and China brought tropical nights to the country almost every day between July and August.

The annual average precipitation stood at 1,272.5 millimeters, about 97 percent of that in previous years, the agency said. 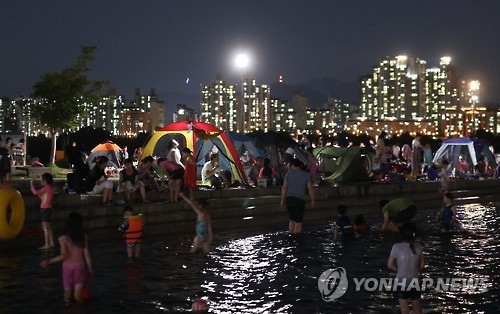