Park departed for Germany to join Dortmund's winter training that starts on Tuesday. He was recently in South Korea to take a part in a charity football match organized by former South Korean national team head coach Hong Myung-bo.

Park joined Dortmund from Mainz on a three-year contract in August 2015, but has yet to impress. The 29-year-old played 11 matches in all competitions last season and he has only featured in two German Bundesliga matches for Thomas Tuchel's side this season.

"I know I didn't get many opportunities in this first half of the season, but I've been preparing hard to play," Park said at Incheon International Airport before his departure. "I don't think the situation will change much in the second half, but I will wait for my chance."

The former Basel defender, who can also play as a defensive midfielder, said he is open to all possibilities where a possible transfer is concerned, but emphasized that he won't make a hasty decision.

"It's important to move to a club where I can play in lots of games, but it's not easy to leave everything behind," he said. "What really matters is that I should keep up my form even if I had to move to another club."

Park, who turns 30 in two weeks, said it is about time to produce some concrete results.

"When you're at this age, you care about the results," said Park, who has 31 caps for South Korea. "Now, I'm thinking about everything carefully." 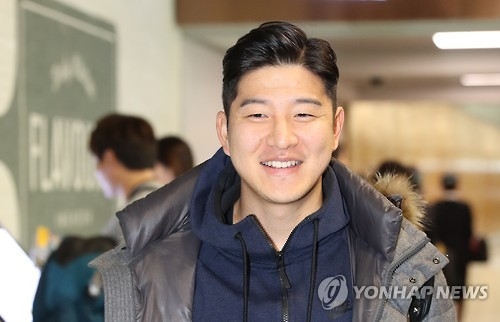