Suwon said Lee Woon-jae and Kim Tae-young will join as coaches. Lee will work as a goalkeeper coach, while Kim will be assistant to head coach Seo Jung-won, the K League Classic club said. 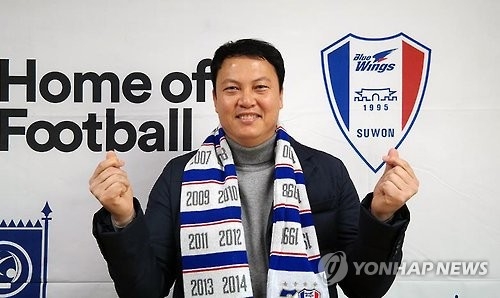 Lee, 43, is Suwon's legendary goalkeeper who played 13 seasons with the club before moving to the Jeonnam Dragons in 2011.

Lee, who is the first goalkeeper to win MVP in the South Korean pro football league, served as a goalkeeper coach for the national team at the 2014 Asian Games and the 2016 Rio de Janeiro Summer Olympics after hanging up his boots in 2012.

Kim, 46, played 16 seasons with Jeonnam before announcing his retirement in 2005. He previously worked with Seo for the South Korean under-20 and under-23 national teams from 2009 to 2012. The former center back also was an assistant coach for the national team at the 2012 London Olympics and the 2014 FIFA World Cup.

Suwon finished in seventh place at the K League Classic this past season, but earned their Asian Football Confederation (AFC) Champions League berth as the FA Cup champions. 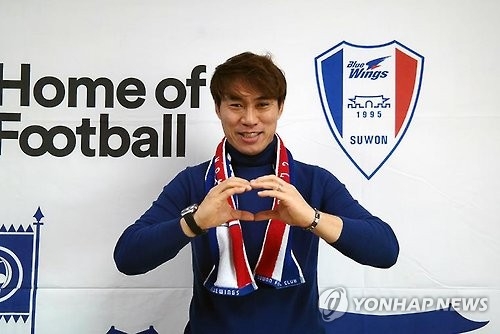