The one-minute suspenseful clip has piqued the interest of fans as they look forward to seeing the chemistry between Hyun Bin, who remains somber and serious throughout the trailer, and Yoo, who once again displays his signature goofiness, which is set to offer the audience humorous breaks. Yoona will take on the role of Yoo's sister-in-law and the lead actor's love interest.

The action-packed flick tells the story of North and South Korea's first-ever joint undercover investigation in history. Hyun Bin, as the specially trained North Korean investigator, and Yoo, as his counterpart, will hunt down an illegal North Korean organization hiding in the South.

"Alliance" will come to local theaters on Jan. 18. 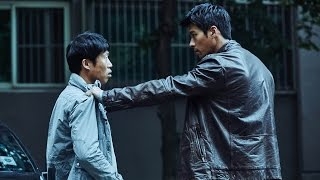