SEOUL, Jan. 3 (Yonhap) -- The legendary trio S.E.S, who is known to make huge contributions to the K-pop scene dating back to the late 90s, revealed the track list of its "long-way-back-home" album celebrating the 20th anniversary of its debut. The K-pop giant S.M. Entertainment officially released Monday at noon all the tracks of S.E.S's new album "Remember," including "Paradise" and the track named after the album serving as the double lead singles of it, along with the former's accompanying video through its official website and channel on YouTube.

Armed with the remake of some of the band's celebrated oldies and new numbers, and the English-version of "Remember," the album has opened the new year of 2017, making the hearts of K-pop fans throb, especially those who are now in their 30s who spent their adolescent years watching the trio dressed as elves, flapping their invisible wings on stage. They've been counting down from the 2016's year-end surprise news announcing the "return of the legend."

As for the stylistic features of "Remember," it mainly incorporates elements of New jack swing, pop ballad and tropical house, fitting in with the members' harmonious vocals that have matured during the band's 15-year-long-hiatus.

Meanwhile, the trio had its second-hatching solo concert "Remember, the day" on the last two days of last year, whose set list boasted a tear of the 90s and early 2000s' classics including "(Cause) I'm Your Girl," one of the most-loved K-pop jams of the 90s that served as S.E.S's debut single, "I Love You", and "Just In Love."

Added to the streak of oldies, the venue of "Remember, the day" was a historic place for them as it was where the opening ceremony of its official fan club "Friend" was held in 1998, an emotional moment shared by all those who made it there. As the old Korean saying goes, "New clothes have nothing on old friends." 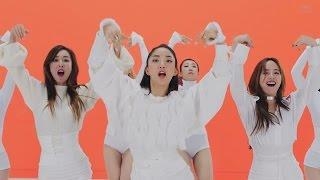