SEOUL, Jan. 3 (Yonhap) -- Key words in new year addresses by CEOs this year have shifted somewhat, with "change" and "growth" replacing "competition" and "efforts," which used to be emphasized the most in the past, a corporate analyzing agency said Tuesday.

According to CEO Score, the most frequently used word in the addresses at the top 10 business groups was "change," which appeared 41 times. "Growth" came in second with 39 times, followed by "environment," "innovation," "customers," "fundamentals" and "future."

The use of past key words like "customers" and "efforts" has notably fallen, with conglomerates stressing change and growth for management goals as CEOs struggle with the global economic slowdown and political confusion at home, the agency said. Frequent use of the words "global" and "environment" also indicated CEOs' awareness of the world market and its conditions, it said.

The agency noted differences among conglomerates as well. Hyundai Motor Group, for example, dropped "global" to instead focus on "strengthening" and "competition. Instead of "efforts," the automotive company chose "development" and "future" as key words.

At SK Group, "change" was the top choice. Words like "crisis" were replaced by "innovation" and "management." 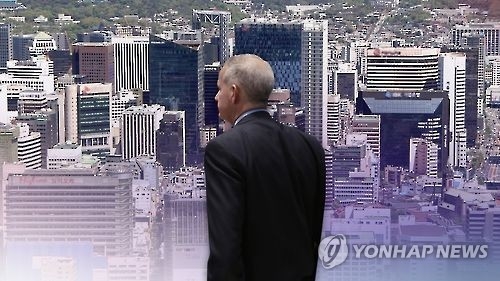 For LG Group, "business structure" again emerged as a key word for the new year, with "change" mentioned more frequently.

The new year address by Lotte Group, whose past year was marred by a series of indictments of CEOs and public backlash at the family feud, picked "growth," "change" and "management" as their words for 2017. "Customer" has disappeared from the list altogether.

"Fundamentals" and "competition" were the main words for POSCO, who is about to complete intensive restructuring. The cited words are changes from the past emphasis on "performance" and "profits."

Words like "service" and "customers" remained important for Hanjin Group, who in 2015 was reeling from the so-called "nut rage" case, in which the group affiliate Korean Air Lines Co.'s vice president Cho Hyun-ah, the daughter of the group CEO, ordered a departing plane to make a U-turn in New York because she was infuriated by the way she was served nuts.

New key word entries this year also included "regulations," "direction" and "principles," which appeared for the first time along with "manual" and "safety," according to CEO Score.