SEOUL, Jan. 3 (Yonhap) -- Acting President and Prime Minister Hwang Kyo-ahn said Tuesday that the spread of avian influenza (AI) that has ravaged poultry farms across the country since mid-November has almost been brought under control.

During a daily meeting on the disease, Hwang also warned of the possibility of additional outbreaks caused by migratory birds, urging quarantine authorities to continue their "preemptive" measures.

"The daily number of suspected AI cases has been reduced to one or two, which indicates that the spread has almost been brought under control," he said.

He attributed the reduction to an aggressive government-led containment campaign. 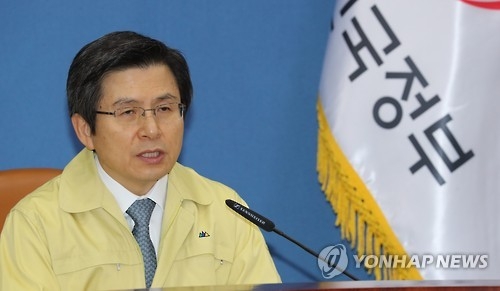 Since Hwang ordered an "all-out" campaign a week ago, authorities have culled all poultry within 24 hours in a bird flu-contaminated area and strengthened quarantine and sterilization efforts across the country.

The acting president, however, cautioned against complacency, saying the infection "has yet to end."

"To end AI, we have to continue our preemptive and thorough quarantine activities such as strengthening monitoring, complying with quarantine rules, thoroughly checking (affected areas) and so on," he said.

To prevent additional outbreaks, authorities have so far slaughtered more than 30 million chickens and other poultry since the first case was recorded on Nov. 16.