SEJONG, Jan. 3 (Yonhap) -- The average annual salary of public regular workers in 2015 exceeded 70 million won (US$57,899) for the first time after a near 5 percent increase, and their fringe benefits that were supposed to be curtailed were brought back, a parliamentary report showed Tuesday.

A report from the National Assembly Budget Office said the average yearly pay at 119 public and state-invested agencies came to just over 70 million won. It is 4.9 percent higher than the previous year, the biggest hike rate since 2012.

The government had meant for the big salary jump to start a general trend for a bigger paycheck in hopes of spurring domestic demand. The pay raise was set at 3.8 percent for 2015, compared with under 1 percent for the two preceding years.

The report took issue with fringe benefits for public sector workers, which were reduced in 2013 as a government initiative after some agencies were found to have misused the money. The state-provided welfare fund in 2014 was reduced by 20.7 percent from the previous year.

However, just a year later in 2015, the welfare benefits ended up increasing 32.4 percent from a law revision that raised the ceiling on company-operated welfare funds per employee, the report said. 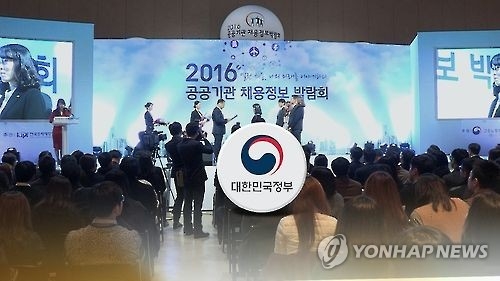