GM Korea's sales tally accounts for 11.3 percent of all vehicles sold by the five major automakers here, up 1.3 percentage points from a year before. 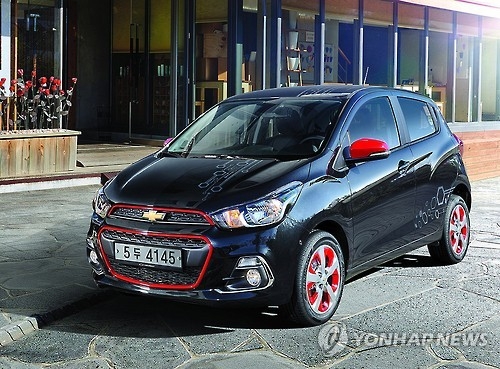 Its share among the five automakers also grew to 7 percent from 5.1 percent over the cited period.

Local industry leader Hyundai Motor Co., on the other hand, had its domestic sales plunge 7.8 percent on-year to 658,642 cars, while its smaller affiliate Kia Motors Corp. posted a 1.4 percent increase to 535,000 cars.

Together, the two largest automakers accounted for 75 percent of all cars sold here by the five automakers, still a very high number that represents their unyielding market leadership, but one that also marks a drop of 3.6 percentage points from the previous year.

Such a drop in market share may raise the alarm for the two carmakers as South Korea is their third single largest market only after China and the United States.

"South Korea certainly is an important market that accounts for more than 15 percent of the group's global sales. Last year, Hyundai Motor saw its domestic sales dip nearly 8 percent on-year largely due to various factors that include missed production caused by labor strikes, while smaller carmakers, such as Renault Samsung and GM Korea, enjoyed growing sales following their launch of new vehicles," a Hyundai official said, while speaking on condition of anonymity. Hyundai and Kia are the two automaking units of the world's fifth largest automotive group, Hyundai Motor Group. 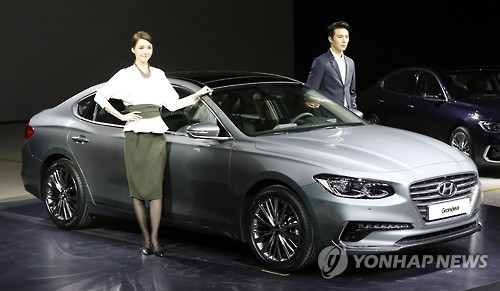 The two automakers apparently hope to mimic the sales boost following vehicle launches enjoyed by its smaller competitors here last year, planning to launch more than 10 new and refreshed vehicle models this year in what will mark one of the most aggressive launch schedules in their history.

Hyundai Motor Group "will improve the competitiveness of its luxury and environmentally-friendly vehicles while launching more than 10 new vehicles this year to actively meet the changing demand of the market," group chairman Chung Mong-koo said in his message for the new year released Monday.