SEJONG, Jan. 3 (Yonhap) -- South Korea's economic growth is not creating as many jobs as before, government analysis indicated Tuesday, saddling the country with bad news when growth projections are being marked down.

Numbers provided by the Ministry of Strategy and Finance and Statistics Korea show the government expects 2.6 percent economic expansion in 2017 with around 260,000 new jobs, translating to 100,000 people being newly employed per 1 percent economic growth.

Such ratio is about half of what it used to be five years ago, according to detailed analysis.

The ratio has also been low in the past, especially in the mid-2000s when 1 percent of economic expansion led to just over 50,000 jobs being created. In 2009 in the wake of financial crisis, the economy grew 0.7 percent but 72,000 jobs were wiped out.

Recovery began to take shape in 2010 with 323,000 jobs on 6.5 percent growth. Following years showed an improved ratio as people found jobs in accommodation, restaurant, wholesale and other service sectors despite lackluster growth figures.

Officials acknowledge that the job market could worsen as corporate restructuring and exports slowdown threaten the manufacturing sector. The new anti-corruption law that limits gifts and paid-for meals, as well as self-employed businesses on the financial brink, may also add to the troubles, they said. 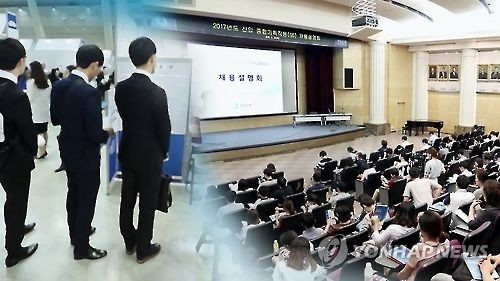