The first oral arguments in the impeachment case have been postponed to the second hearing to be held Thursday. Should Park fail to show up again, he added that the trial will proceed through a proxy. 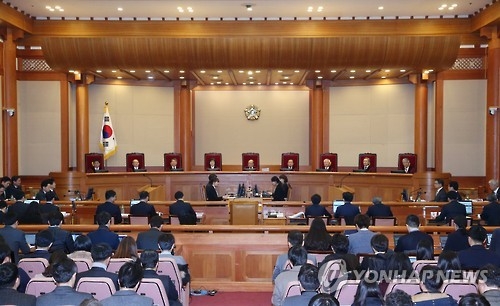 She especially insisted on her innocence during a meeting with reporters on New Year's Day, her first public appearance since the impeachment. Critics denounced the move, saying her use of the official presidential quarters and help from her staff amounted to a breach of her suspension of duties.

"It is inappropriate and a discourtesy to the court for the president as a defendant to talk about various things outside the impeachment court," Rep. Kwon Seong-dong, who recently defected from the ruling Saenuri Party, said in a press briefing after the hearing. Kwon is a member of a parliamentary panel handling the impeachment trial.

He demanded the president explain herself in court.

Earlier, the panel submitted the entire minutes of Park's meeting with reporters to the court, citing remarks that could be interpreted as Choi's involvement in state affairs.

Park Han-chul asked the panel to clarify in writing what the evidence it has submitted so far aims to prove and how long they plan to question each suspect during upcoming hearings. 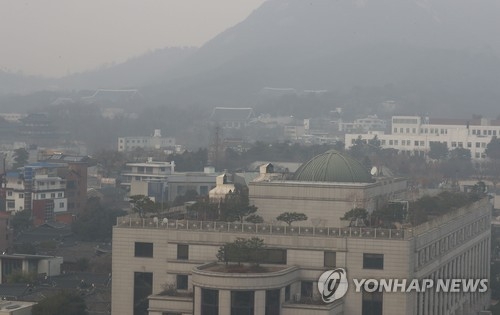 Speaking to reporters, Park's legal representative Lee Joong-hwan said she is unlikely to attend future hearings "unless there are special circumstances." Citing law, he also said an impeachment trial is meant to proceed in the absence of the defendant.

Another attorney of Park indicated that Park's refusal to attend hearings was based on a precedent set by former President Roh Moo-hyun.

During Roh's impeachment trial in 2004, he did not appear before the court, citing concerns that he could be exposed to the political offensive from the parliamentary impeachment panel.

Roh was impeached on a number of charges, including the violation of his duty to maintain political neutrality. He was later reinstated as the court ruled that his legal offenses were not serious enough to remove him from office.

In addition to the corruption scandal, Park has come under renewed fire for her apparent absence from duty during the first seven hours of a deadly ferry sinking in April 2014. Lee said his team is preparing "thoroughly" to respond to the accusations in time for the second hearing.

In a reflection of the high level of public interest in the trial, 54 members of the public attended Tuesday's hearing after applying online.

The entire nation has been gripped by the scandal since the first news report broke in late October, leading to weeks of candlelight protest rallies demanding Park's resignation.

Yu Hyeong-jun, 12, came to watch the hearing with his mother.

"It's too bad it ended so quickly," he said. "I want to come again on Thursday and especially on Tuesday when Choi Soon-sil comes."

Meanwhile, a team of special prosecutors looking into the scandal raided detention centers in Seoul and Uiwang, south of the capital city, where Choi and other key figures implicated in the case have been put under custody.

The team said the cells of ex-vice minister Kim Chong, Choi's associate Cha Eun-taek and former presidential secretary Jeong Ho-seong were subject to the seizures and searches. The team said it did not visit Choi's cell. 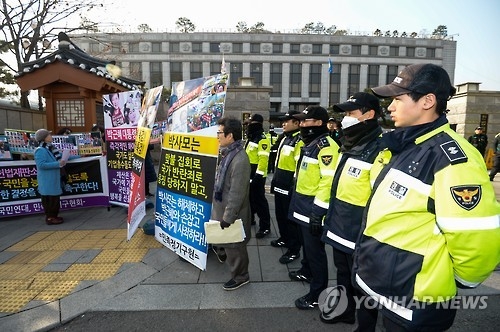