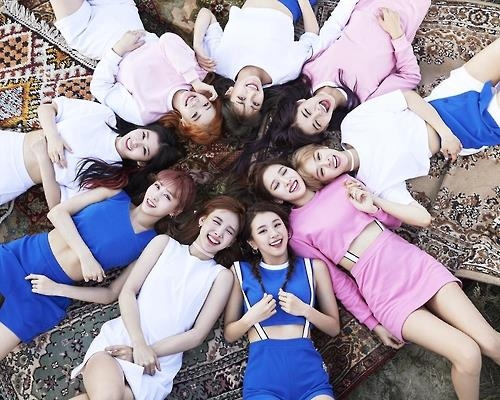 SEOUL, Jan. 3 (Yonhap) -- The music video for K-pop girl group TWICE's single "TT" racked up more than 100 million Youtube views as of Tuesday, 71 days after it was uploaded on the global video sharing service, its agency said.

Hitting the milestone at 12:20 a.m., TWICE became the fastest K-pop group to achieve the view count, breaking the previous record of 207 days, which was also set by the group with its "Cheer Up" video, according to JYP Entertainment.

"TT" is the lead track off the group's third EP "TWICEcoaster:LANE1."

"By such an accomplishment in just a year and two months since debut, (we) can see TWICE's steep growth curve," JYP Entertainment said in a statement.