SEOUL, Jan. 3 (Yonhap) -- New foreign direct investment (FDI) pledged to South Korea increased 1.9 percent on-year to hit a record high in 2016 thanks to a rise in investment in the service segment, the government said Tuesday.

New FDI pledges came to US$21.3 billion last year, up from the previous record of $20.9 billion set in 2015, according to the Ministry of Trade, Industry and Energy. The ministry said the amount of new FDI in the country had surpassed the $20-billion mark for two years in a row. 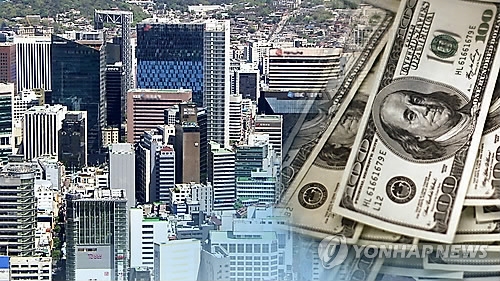 "The FDI commitments to both the manufacturing and service sectors increased despite Brexit," the ministry said in a press release.

New FDI pledges through value-creating "greenfield investment" also jumped 6.5 percent to $15.02 billion in 2016 from a year earlier, the ministry said. Greenfield investment refers to a form of FDI where a parent company builds its operations in a foreign country from the ground up.

New FDI pledges from the European Union almost tripled to $7.4 billion in 2016 and FDI commitments from China also increased 3.6 percent on-year to $2.05 billion. On the other hand, fresh FDI pledges from the United States inched down to $3.8 billion, with those from Japan sinking four years in a row to $1.2 billion.

"The decrease of new FDI arrivals is attributed to a sharp decline of investment pledges made through merger and acquisition (M&A) deals," the ministry said.