Under the strategic alliance, the three firms will create a joint consortium, named HMM+K2, that will allow the shipping firms to share ships under a code-sharing scheme, as well as separate assets, ranging from containers to storage, they said.

A memorandum of understanding for cooperation was signed Tuesday, while an official contract is expected to be inked next month before the consortium sets sail in March, they added. 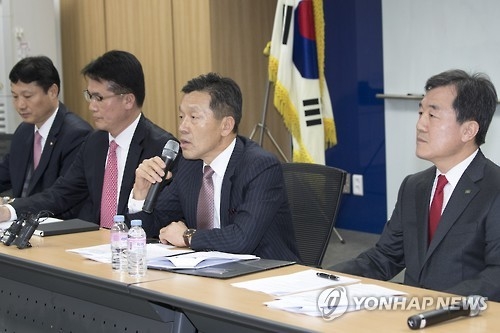 The two other shipping firms are Sinokor Merchant Marine Co., which specializes in shipments between South Korea and China, and Heung-A Shipping Co., which has a well established shipping line to and from Japan.

Under the local alliance, Hyundai Merchant may freely use the shipping lines to China and Japan currently owned by its two new partners, while the alliance is expected to allow the two smaller shipping lines to improve the overall quality of their services.

The three companies are also expected to jointly develop new shipping lines to other countries. 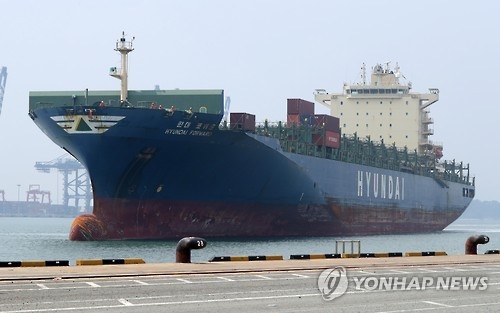 Hyundai Merchant's new alliance with the two local firms also came less than a month after it forged a partnership with 2M Alliance, the world's largest shipping association, under which the South Korean firm and other 2M members will share and exchange vessel space.

The company said any additional vessel space secured under its partnership with the international alliance will not be subject to cooperation under its latest local alliance.

Still, its local alliance is expected to help maximize the benefits from its partnership with 2M, a company official noted.

"Once the company begins its business cooperation with 2M in April, it will need to strengthen its feeder services. Working with the two regional shipping lines that have strong feeder services will likely create great synergy," the official said.
(END)