ULSAN, Jan. 3 (Yonhap) -- An employee of Hyundai Heavy Industries Co. was awarded a cash prize of 50 million won (US$41,583) from the shipbuilder for saving a large sum of material costs, the company said Tuesday.

Hong Soon-joon, a 34-year-old middle-level manager at Hyundai Heavy, was credited with having saved material costs worth 84 billion won since 2014, accounting for about 25 percent of an initial budget for materials used in a single project. 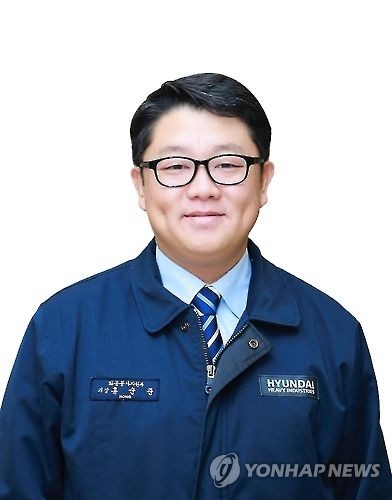 In recognition of his achievement, Hong, who joined Hyundai Heavy in 2010, will be named a "Project Material Manager" from February, a post that oversees purchase and management of materials worth 1.6 trillion won, Hyundai Heavy said.

Hong was among six individuals and six teams that were annually honored by Hyundai Heavy for making contributions to the company.

The cash prize of 50 million won was the largest ever for an individual recipient at the company, Hyundai Heavy said.
(END)