"When it comes to internal and external conditions, it's difficult to see even an inch forward," Bank of Korea (BOK) Gov. Lee Ju-yeol said during a New Year's meeting here with government officials and leaders in the financial industry.

He used the term of an "era of ultra-uncertainty" and vowed every effort for financial stability. 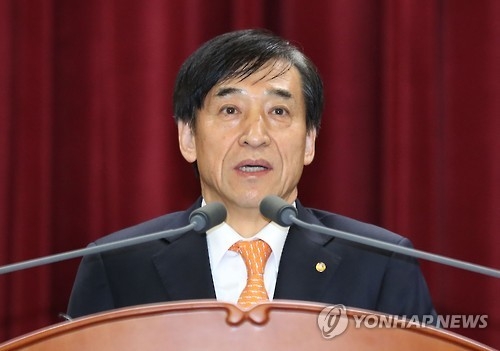 "Chances are high that swings in the financial and foreign exchange markets will frequently expand this year," the central bank chief said. "(The BOK) will support a recovery of economic growth by maintaining the accommodative direction of monetary policy, as there is a possibility that low growth will continue for a considerable time."

Yim Jong-yong, chairman of the Financial Services Commission, also pointed out that South Korea's financial sector is exposed to multiple risks, like a "crevasse," that are hard to predict. A crevasse is a crack in the surface of a glacier.

He emphasized the role of finance.

"Finance should ease burdens in the real economy field by playing its proper role as the blood vessel of an economy," he said, speaking at the event. "It's important to win trust from the market and the people so that finance won't add to economic uncertainty." 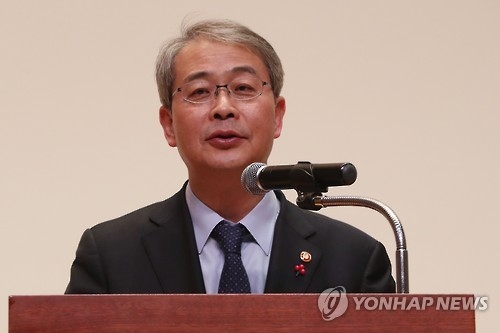 The financial regulator called for a co-prosperity of the nation's entire financial circles, not the isolated development of a firm or a specific industry.

He asked local financial companies to stand ready to deal with any emergency situations and also redouble efforts for the spread of a performance-linked pay system.

He said it's necessary to address the "distorted and unfair" structure of the labor market in the financial sector much coveted by young job seekers. 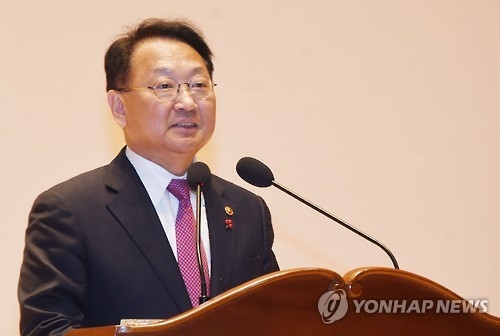