SEOUL, Jan. 3 (Yonhap) -- SM Group, a mid-sized business conglomerate that owns South Korea's No. 2 bulk carrier Korea Line Corp., said Tuesday that its board has refused to approve a plan to acquire one of Hanjin Shipping Co.'s major assets.

SM Group said its board of directors turned down the proposal to acquire the troubled shipper's U.S.-Asia route at a stakeholders meeting.

The company has been making efforts to acquire Hanjin, one of the world's leading container carriers that went under court receivership due to multibillion-dollar debts.

"There is a clause stipulating that a separate corporate body can still acquire the asset when the proposal is turned down at a stakeholders meeting," said a group official, adding that the company will proceed with related procedures to buy the route.

Stakeholders were reportedly against the proposal, citing that Korea Line does not have experience in the container shipping businesses, and that a general industrywide slump may cause a cash shortage.

Korea Line, which filed for bankruptcy protection five years ago, was bought by SM Group in 2013 and now operates 29 vessels hauling goods, such as iron, ore, crude oil and cars. 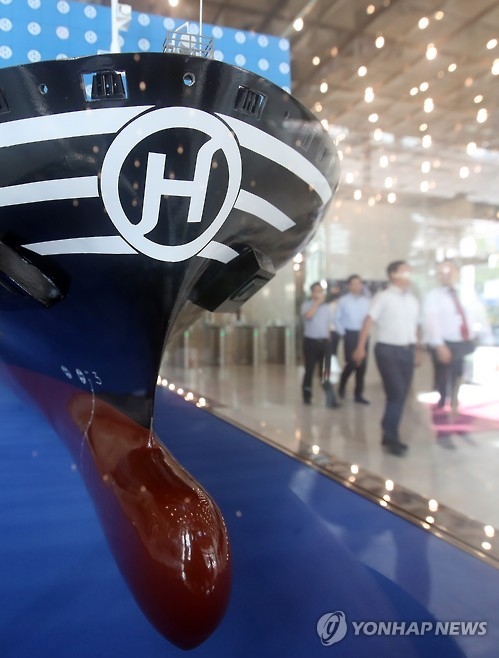 SM Group's board disapproves of acquisition of Hanjin assets

SM Group's board disapproves of acquisition of Hanjin assets