Egg prices have risen sharply in South Korea in recent weeks due to a short supply following the worst episode of bird flu to hit the country. The move has prompted South Korea to push to import egg products particularly ahead of a major holiday in late January. 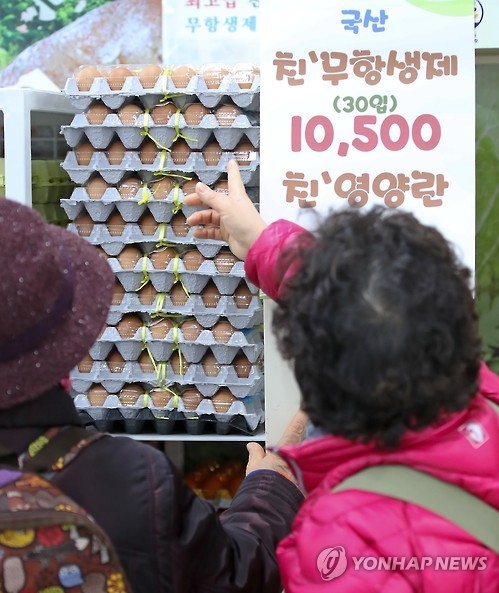 The egg prices in the five countries were converted into Korean currency from their native prices, according to the Ministry of Agriculture, Food and Rural Affairs. 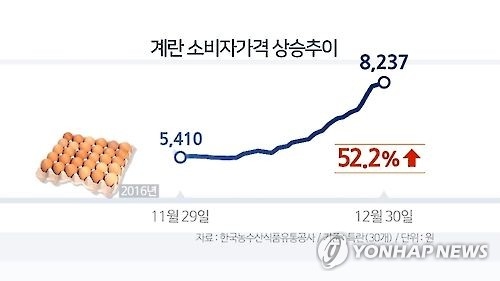 The ministry has said it expects eggs to be in short supply by the end of this year.

South Korea quarantine officials have so far slaughtered more than 30.3 million poultry -- 25.8 million of those being chickens -- a move that has cut the country's daily egg output by 30 percent to 30 million, according to government data.

The culling of poultry has sent local egg prices skyrocketing in recent weeks.

The egg price hike and short supply of eggs have prompted South Korea to temporarily lift tariffs on egg products imported from the U.S. and four other countries, among others.

The move will allow local companies to import 98,000 tons of shell eggs, powdered eggs and six other types of egg products without tariffs between Wednesday and June 30. The temporary measures will take effect on Wednesday and are set to expire on June 30, though the government said it will later decide whether to extend the temporary lifting of tariffs. 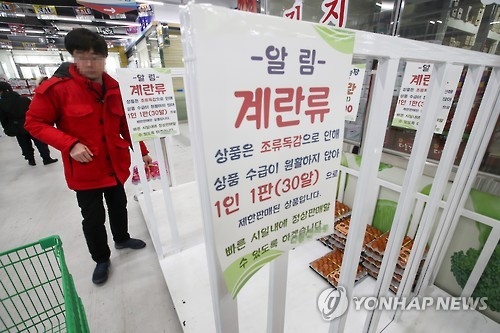 South Korea has been in talks with the United States, Canada, Australia, New Zealand and Spain over quarantine and sanitary certificates, a process required to import egg products.

South Korea said it will speed up the quarantine and inspection processes for egg products to help ease the egg shortage, especially ahead of the Lunar New Year holiday that starts on Jan. 28.

The state-run Korea Agro-Fisheries & Food Trade Corporation will set up a pop-up window on its website to provide and update information on egg imports to local importers.

In 1999, South Korea imported about 130 tons of shell eggs from Thailand in the country's first import of shell eggs.

Still, it remains unclear how many South Korean companies will actually import egg products, given the high costs of transporting the egg products under refrigerated conditions by air. 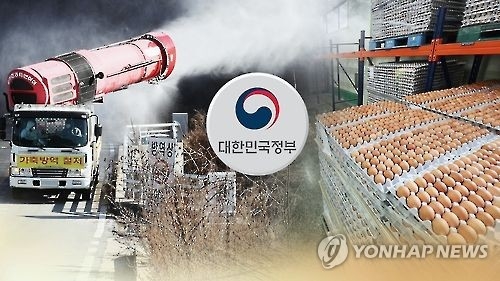 On Friday, the Ministry of Agriculture, Food and Rural Affairs plans to announce details of support packages for the local importers of egg products.

CJ Cheiljedang Corp., the food subsidiary of the CJ Group, said it has contacted companies in China and European countries for possible imports of egg yolks and whites.

"We plan to test samples and import egg products if prices are OK and there is no alternative," said Kim Young-mi, an official handling the issue at CJ Cheiljedang.

An official of a major confectionery company said his company has no problem with the supply of egg products, though it will consider diversifying sources in case the bird flu is not contained. 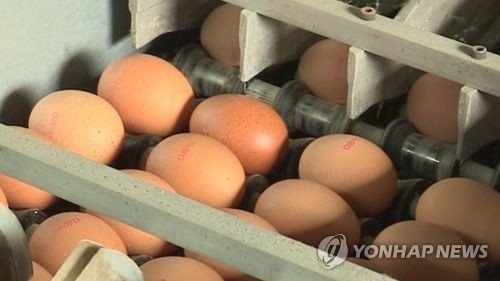 "We need to transport egg yolks and whites under refrigerated conditions by air to ensure the quality of our products. But the logistics costs would be huge and place a burden on our company, even if the government plans to cover half of them," the official said. He declined to say his company and his name, citing policy.

An official at another confectionery company said his company has received samples of egg products from Canada for testing. He did not give any further details and also asked not to be named, citing policy.

A local distributor also said the government should ensure that the expiration dates of imported egg products should be extended to 45 days, as it could take about 15 days from the production of egg products to distribution in South Korea. 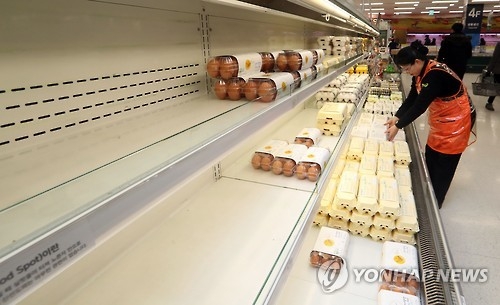