"We are planning to set up a special brigade with the goal of removing or (at least) paralyzing North Korea's wartime command structure (in the face of escalating threats from the communist state)," Han said in the briefing.

In a related move, Seoul's Joint Chiefs of Staff launched the Countering Nuclear and WMD Center on Jan. 1 to better handle North Korea's growing nuclear threats by drawing up military operations and strategic countermeasures in a more detailed and organized manner. 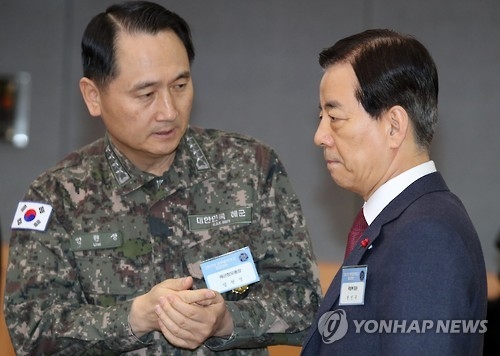 In November, U.S. Forces Korea Commander Gen. Vincent Brooks said the THAAD missile defense system will be installed in eight to 10 months to counter growing nuclear and missile threats from the North.

As for defense ties with Japan and China, the minister said South Korea will expand bilateral intelligence sharing with Japan under the the General Security of Military Information Agreement (GSOMIA) signed in November to counter North Korean threats.

With China, he said Seoul will seek ways to explain the need for the THAAD system. China has explicitly expressed opposition against the planned THAAD deployment in South Korea on concerns that the move could hurt its strategic security interests.