SEOUL, Jan. 4 (Yonhap) -- "Haeundae," "The Thieves," "The Attorney," "Ode to My Father," "Veteran," "Assassination," and "Train to Busan." They were all filmed in locations throughout South Korea's second-largest city of Busan and became some of the most-viewed films nationwide.

Since the launch of the Busan International Film Festival in 1996, the Busan metropolitan government has made a concerted effort to attract more productions like this.

Busan now wants to become the top Asian hub for film productions backed by its attractive natural environment and cutting-edge facilities with the recent increase of domestic and foreign titles shot in the south coastal city. 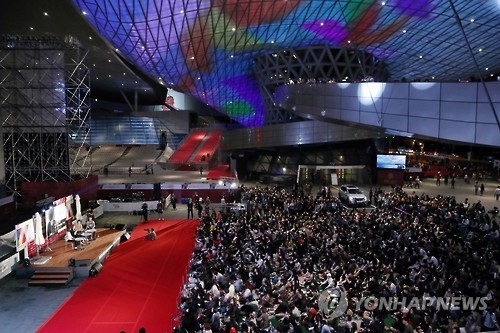 The accumulated number of feature films, television dramas, videos and commercials filmed in Busan with support from the local film commission surpassed 1,000 last year. The figure includes 456 feature films with the above-mentioned seven of them seen by more than 10 million viewers nationwide. The 10 million mark is the standard for huge commercial success in the South Korean film market. Some of the latest box-office hits that were shot in Busan include "A Violent Prosecutor," "The Handmaiden," "Asura" and "Pandora."

"Busan is one of the best filming locations," Kim Hwi, a filmmaker who was born and raised in Busan, told Yonhap News Agency by phone. "Basically, it has a beautiful ocean view, a bustling cityscape, as well as an image as an old small- and medium-sized city."

Also one of the perks from filming in Busan is the relatively strong administrative support from the metropolitan authority than in other regions, he added.

He points to the Busan Film Commission (BFC) under the Busan city government as a first step for filmmakers. It provides detailed information about filming in every location in the city for TV, movies, video and commercial crews.

To make it easier to get that information, the film office runs a database of about 38,000 photos and videos of the city's locations considered suitable for filming.

There also are incentives for shooting in Busan: The BFC pays half the accommodation cost for filming a movie or a television drama, whether it is domestic or foreign, if the shooting lasts for 15 days or longer, among other benefits. It also provides local manpower, if necessary, to control filming scenes, for all film and drama productions being shot in the city. 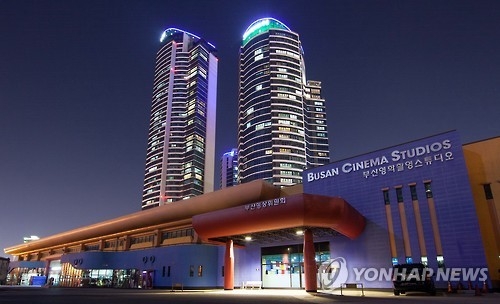 As films created with support from the BFC became box-office hits, the city saw a significant increase in the filming of television dramas and Chinese productions in 2016.

More than half of "My New Sassy Girl," the Chinese feature film featuring Chinese K-pop star Victoria Song and the Taiwanese drama "Marry Me, or Not?" were filmed in Busan, while part of the Chinese films "Reset" and "Real," as well as the American women's baseball feature documentary "Girls of Summer," were shot there.

They were part of the 98 films and dramas filmed in Busan in the year, of which 15 were foreign productions.

Also notable was the increase in the filming of TV dramas. A total of 16 TV dramas, including MBC's "Shopping King Louie," were shot there in 2016, up from six in 2015.

Leading the list of the latest films filmed in Busan was "Train to Busan," the zombie action flick seen by more than 11 million people in Korean theaters. 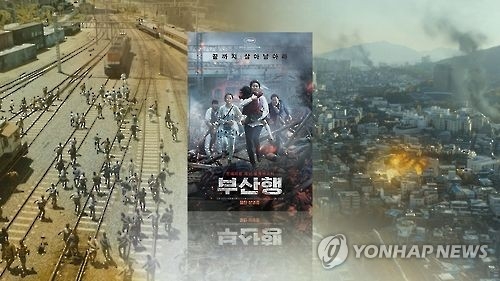 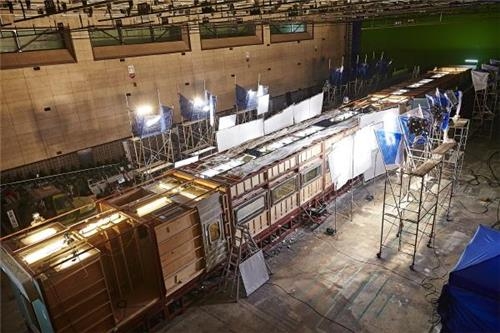 The movie directed by the acclaimed animator Yeon Sang-ho depicts a group of passengers battling against an attack by people infected with a mysterious virus on a Busan-bound bullet train, which is no longer safe from the nationwide viral outbreak. More than 50 percent of its filming was done in the city, specifically at the Busan Cinema Studios, Bujeon Station and the city-run train depot. The BFC helped the movie crew win consent for the use of those facilities.

For "A Violent Prosecutor," another box-office hit that attracted some 9.7 million viewers after its release in Korean theaters last February, the film commission provided help to make a situation room of the Busan Environmental Corp., a wharf, a wholesale fish market and a police station in the city available for the movie's crew. 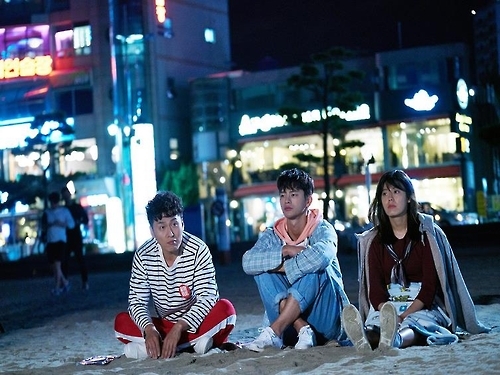 Kwon So-hyun, a public relations official at the BFC, says obviously one of the strongest aspects of Busan as a filming location is the presence of movie studios in a downtown area unlike other ones mostly located in rural areas. "This allows movie crew and actors to enjoy urban life right outside their workplace," she said.

Busan has focused on improving its infrastructure for years to make it a top Asian hub of filming.

The Korean Film Council, Korea Media Rating Board and other local media-related bodies are also located in the city, which was designated a UNESCO "City of Film" in 2014 for the first time in Asia.

In addition, the Busan city government will begin the construction of a new film studio complex this year for completion in 2020.

The new complex, the largest of its kind in South Korea, will be built at the site of the Gijang Ceramics Village in Gijang in the eastern suburbs of Busan, according to the local government. It will comprise two large indoor studios and one outdoor site, along with digital production support and post-production facilities.

The facility is expected to help enhance Busan's position as a global film city by facilitating the shooting of domestic and foreign blockbuster films in the city.