Seoul planned to install a Terminal High-Altitude Area Defense (THAAD) system in its southern county of Seongju this year, which Beijing claims could hurt its security interests.

"The reason China is meeting lawmakers from the Democratic Party is to have South Korea withdraw the plan to deploy the THAAD battery, especially as it counts presidential hopeful Moon Jae-in as a member," Rep. Jeong Yong-ki, Saenuri's spokesman said.

"(The Democratic Party) should not insult the South Korean people by engaging in a form of humiliating diplomacy," Jeong added.

Saenuri said Moon should come up with alternative options to THAAD, other than just criticize the deployment.

The new party also said the THAAD battery is intended to protect South Korea from North Korea's nuke provocations, and claimed that security is not an issue that should be bargained between two countries. 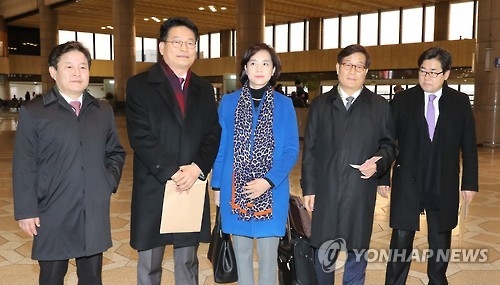