The time-honored sport involves two people grabbing one another's belt and trying to knock each other to the ground by using strength and skill.

There still remain many historical records on the National Intangible Cultural Asset No. 131 that show the meaning of the ancient sport in everyday life and open a window to better understand other traditional sports.

In March, the administration submitted an application to list the sport as an Intangible Cultural Heritage of Humanity of UNESCO, citing, among other things, its unique individuality and beauty in its techniques. The final decision will be made in 2018. 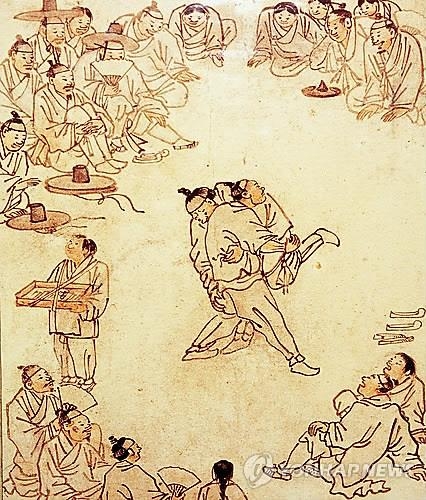