SEOUL, Jan. 4 (Yonhap) -- Samsung Electronics Co. said Wednesday it will update the software in South Korea to prevent owners of the Galaxy Note 7 smartphones from charging beyond 15 percent from next Monday, with about 94 percent of the devices sold at home retrieved.

In a brief statement, Samsung said it will continue to make efforts to fully retrieve all Note 7s in South Korea to ensure customer safety.

Samsung started selling the Note 7 in South Korea last August, but halted sales and conducted a global recall about a month later, following reports of some of the devices catching fire while being charged.

Last month, Samsung completed a replacement program in South Korea that encouraged Note 7 owners to replace their smartphones with others from Samsung's Galaxy family, including the Galaxy S7 and the Galaxy S7 Edge.

However, those who still have the Note 7 smartphone can get a refund or swap their devices for other smartphones, Samsung said in the statement. 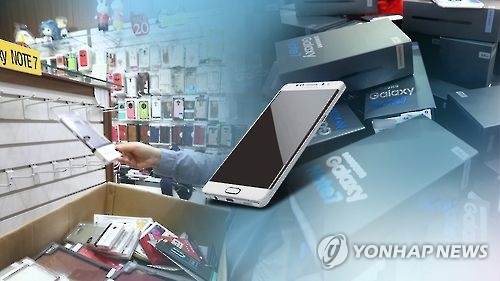 Samsung to limit Note 7 battery charge to 15 pct in S. Korea from Monday

Samsung to limit Note 7 battery charge to 15 pct in S. Korea from Monday