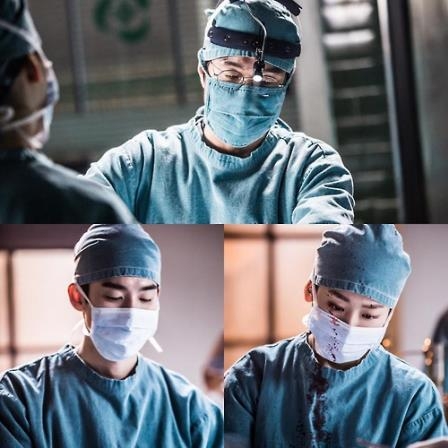 The SBS TV medical show was watched by 25.1 percent of viewers nationwide and 26.9 percent in the capital area on Tuesday, according to data by media ratings company Nielsen Korea.

"Dr. Romantic" stars veteran actor Han Suk-kyu in the role of Boo Yong-joo, a legendary-yet-mysterious surgeon who moves to a remote rundown hospital with his true identity disguised.

Together with up-and-coming young surgeons played by Yoo Yeon-seok and Seo Hyun-jin, he builds the hospital into a top-class institution despite his rival's attempts to pull him down.

The series early on enamored viewers with its fast-moving plot, the cast's strong performances and the high production value.

In the latest episode, Boo Yong-joo and his team, despite insurmountable odds, successfully conduct an artificial heart replacement operation on the hospital's board chairman who is in the terminal phase of lung cancer.

The series is nearing the end of its 20-episode run, which will be followed by a special thank-you episode penned by screenwriter Kang Eun-kyung.