SEOUL, Jan. 5 (Yonhap) -- Lee Su-min, a 32-year-old reporter who asked for an alias, has been heading to yoga class after work almost everyday in the last couple of months.

It was something near impossible for Lee until back a few months ago before the country's anti-graft law took effect with an aim to curb corruption.

Marking the 100th day since implementation on Thursday, the law, which seemingly has nothing to do with one's leisure activities, has changed the way many South Korean employees spend their evenings.

"Twice a week was the most I could make because of the dinner meetings with sources I had, but these days I rarely have engagements in the evening," Lee said.

In South Korea, reporters and press officials often have drinks together after work and it is regarded as an extension of their duty.

It was common for officials in charge of media from companies or the governmental organizations to pick up the tab. The practice of companies lavishing expensive meals or even hosting a round of golf was not a rare scene here. 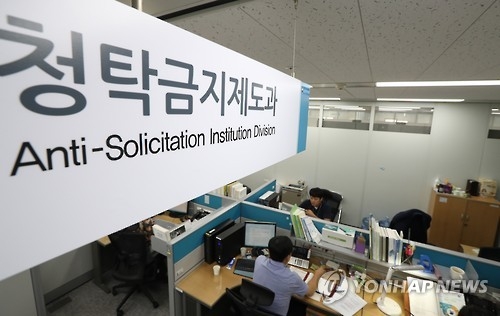 Since the implementation of the Improper Solicitation and Graft Act on Sept. 28, however, times have been changing.

Under the so-called Kim Young-ran Law, named after the former Supreme Court justice, public servants, educators and journalists are banned from receiving free meals valued over 30,000 won (US$25), gifts worth more than 50,000 won or congratulatory or condolence money of more than 100,000 won.

The law prohibits public officials -- including educators and journalists -- from receiving any financial or other advantage in connection to their duties, regardless of whether such an offer is given in exchange for favors.

While the new law encourages firms, reporters and government officials to divide the bill when they dine together, many rather choose not to schedule a gathering at all to avoid unintentionally violating it.

"The number of dinner engagements have definitely decreased, especially considering that the end and the beginning of a year comprise one of the busiest seasons in terms of gatherings," said an employee surnamed Kim at a local public relations agency.

A manager at a major law firm, who asked not to be named, said lawyers advise companies to be cautious to avoid becoming the first firm to be prosecuted under the law.

"For those in charge of public relations, it is a good excuse to get off work early," he said. 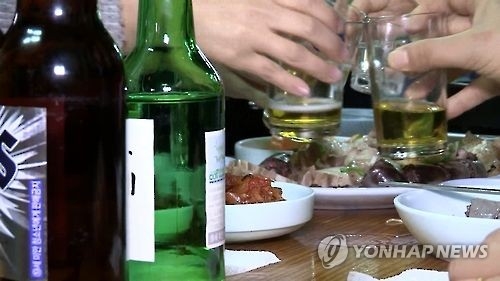 Many journalists complain about the difficulty in networking due to the law, but some say that the law actually contributed to preventing the outings from going late into the night.

Employees who were tacitly forced to attend work-related dinners every other day say they can now spend more time with friends and family.

Some others have turned their attention to self-improvement, such as exercising or learning new languages.

Yiersan Chinese Language Academy, which has branches in the business districts of Gangnam and City Hall in Seoul, said the number of office workers taking classes have increased by nearly twofolds after the law.

"Though we cannot attribute the increase solely to the law, we did see a drastic rise in the number of attendees in line with its implementation," Kim Il-yong at the academy told Yonhap News Agency.

Shinsegae, a major player in the country's department store market which runs cultural courses, said evening classes gained more attention compared to the past by office workers seeking a pastime after they clock out.

For its winter semester that runs from December to February, classes that open at 7 p.m. and 8 p.m. in the business districts were among the most popular, according to the department store.

The classes in the two time slots have rarely made it to the top ranks in the past three semester where afternoon classes in 1 or 2 p.m. were most preferred by housewives, it said.

"We have prepared various programs targeting office workers in the winter semester, taking into account the decrease in the number of dinner engagements," Kwon Young-kyu at the department store said. 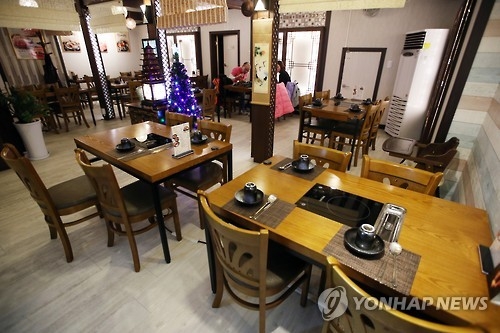 The new law, considered a landmark framework in a country where nepotism and collusion between government officials and businesses have often been blamed for rampant corruption, still faces criticism that mainly points to its ambiguity and ramifications to the local economy.

Those hardest-hit include high-end restaurants, golf courses, entertainment businesses, flower shops as well as those selling gift items such as agricultural, livestock and fishery products. They have continuously called on the government to map out measures to help them cushion the fallout from the law.

According to a survey conducted by the Korea Food Industry Research Institute, 84.1 percent of restaurant owners said their sales in December decreased compared to that of the same period in the previous year. The survey was conducted from Dec. 20-26, based on 709 restaurant owners nationwide.

Calls continue for the government to come up with more clear guidelines on the implementation to avoid confusion and unintended violations.

The Anti-Corruption and Civil Rights Commission, which oversees the new policy, said it has received 12,369 questions related to the interpretation of the comprehensive law as of Friday from August last year via e-mail, homepage and phone.

Meanwhile, a local court on Dec. 8 made the country's first ruling under the law, in which a 55-year-old woman was ordered to pay a 90,000 won fine for giving rice cakes to a police officer on Sept. 28, the very first day the law took effect. The officer, whose identity was withheld, was in charge of a fraud case she had filed.

The officer returned the rice cakes worth 45,000 won to the woman on the same day and reported the case to the chief of the police station, court records showed. 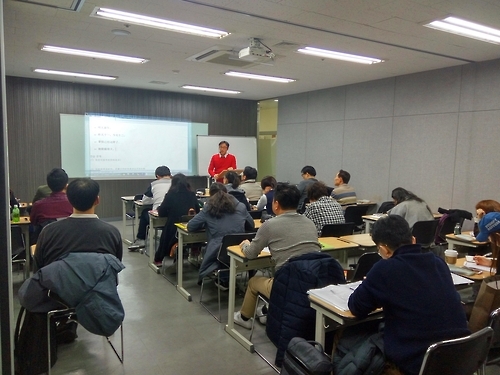