SEOUL, Jan. 4 (Yonhap) -- South Korean actors Song Joong-ki and Song Hye-kyo from the sensationally popular drama "Descendants of the Sun" were voted by local fans as the most wanted on-screen couple to become lovers in real life, a survey showed Wednesday.

The couple garnered 16.4 percent of the popularity vote conducted on 2,000 South Koreans in their 20s and above, according to the survey by the local polling agency Panel Marketing Interactive (PMI).

The people were asked which drama leads they want to see in a relationship off-screen among the Best Couple Award nominees of the local major broadcasters' 2016 award ceremonies.

Among those that supported the Song couple, 15.2 percent were men and 17.5 were women. 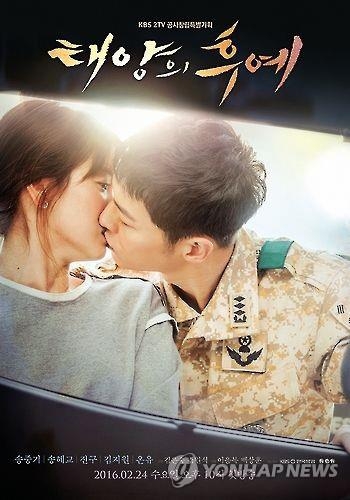 Next on the list were Hyun Woo and Lee Se-young from the KBS family drama "The Gentlemen of Wolgyesu Tailor Shop," who earned 11.1 percent, followed by Park Bo-gum and Kim Yoo-jung of the hit period romance "Love in the Moonlight" with 8.7 percent.

Trailing the three were the doctor couple Seo Hyun-jin and Yoo Yeon-seok of "Dr. Romantic," Shin Hye-sun and Sung Hoon of "Five Enough," and world stars Kim Rae-won and Park Shin-hye who starred in "Doctors," with 8.4 percent, 7.3 percent and 7.2 percent, respectively.

Lee Jong-suk and Han Hyo-joo of the sci-fi romance series "W" came closely behind with 5 percent, while Lee Sung-kyung and Nam Joo-hyuk of the coming-of-age sports drama "Weightlifting Fairy Kim Bok-joo," Seo In-guk and Nam Ji-hyun of "Shopaholic Louis" and Kim So-eun & Song Jae-rim from "Our Gap-soon" earned 4.5 percent, 4.3 percent and 4.2 percent, respectively, according to PMI.

The survey, conducted via the online survey site www.tillionpanel.com, has a margin of sampling error of plus or minus 2.19 percentage points with a confidence level of 95 percent. 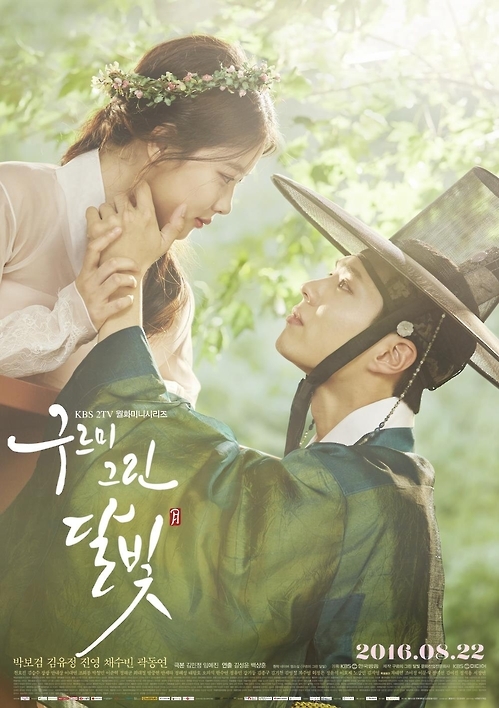