Idol stars N, Onew and Siwan on Tuesday congratulated the upcoming premiere of the movie at an exclusive press conference held at the CGV-Wangsimni theater in Seoul, according to CJ E&M.

The highly anticipated film, featuring star actors Kim Ha-neul, Lee Won-geun and Yoo In-young, tells the story of a schoolteacher named Hyo-joo (Kim) who works as a temp of modest means, struggling with both personal and work-related issues.

Everything seems unfair, her 10-year relationship is on the line and her status as a temp leaves her with no clue as to when she might face the hammer. Even worse, her fellow teacher Hye-young (Yoo) is given the permanent position over her, possibly because she is the daughter of the chief of the board, jeopardizing Hyo-joo's status even more. While obsessed with the idea that the whole world might be out to get her, one day Hyo-joo catches something inappropriate going on between Hye-young and one of her underage students, Jae-ha (Lee). Hyo-joo then attempts to turn the tables on Hye-young.

Kim has been widely praised for her dynamite acting in the film, possibly the best in her career thus far, and the other supporting actors' performances have been well-received as well.

"Misbehavior" also boasts a talented director, Kim Tae-yong. Kim is the youngest Korean director in history to have been invited to the Cannes Film Festival.

The film comes to local theaters on Thursday. 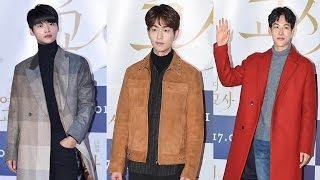