They sold a net 1.5 trillion won (US$1.2 billion) worth of stocks here in the first 11 months of 2016, according to the Financial Supervisory Service (FSS).

The trend comes as concern grows about Beijing's economic retaliation against Seoul for its decision to allow the U.S. military to deploy a THAAD missile defense battery on its soil. South Korea says the missile shield is necessary to counter North Korea's missile threats, but China views it as aimed more at increasing U.S. military influence in the region. 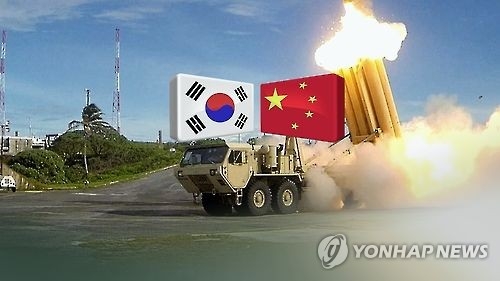 The diplomatic conflict between South Korea and China has intensified since Seoul's announcement of a specific site for the THAAD battery in July last year.

It led to a sharp drop in the value of local stocks owned by China.
The amount fell to 8.6 trillion won as of end-November from 9.5 trillion won at the end of 2014 and 9.3 trillion won a year earlier.