SEOUL, Jan. 4 (Yonhap) -- South Korea ranked top in mobile app usage among 10 Asian and Pacific countries last year due mainly to the brisk use of messaging apps, a Google report has said.

Each South Korean smartphone user has installed an average 53 apps last year, followed by Singapore's 45 and the Philippines' 35, according to the report titled "Mobile Apps in APAC: 2016 Report."

"Koreans in particular love messaging apps," said the report written by Masao Kakihara, senior research manager of Google Asia Pacific, on Dec. 13, 2016, based on a survey of 10,000 smartphone users in 10 Asian and Pacific countries, including South Korea, Singapore, the Philippines, China, Japan, India, Hong Kong, Indonesia, Australia, Vietnam. "On their own, Korean users spend almost half the amount of time on social and messaging apps as the total usage from all the Southeast Asian countries combined."

The report predicted South Korea will continue to reign "supreme as the top app market in the region. Although Korea's user base may have plateaued, there's still plenty of room for time spent and frequency of app usage to grow in Korea."

Chinese smartphone users had the least apps installed with 25 to 30 on average.

The report attributed the less usage of apps to "presumably due to low-spec devices with limited memory and functionality."

While most countries use apps most often for social networking and messaging, South Korean and Japanese "more commonly use apps to find relevant information through Search and News apps," according to the report.

"In Korea, the big increase in Lifestyle and Finance apps indicates how immersed apps are to people's social lives," it said. "The largest increases in Japan were in the Messaging category, largely driven by LINE's increasingly strong market acceptance and popularity." 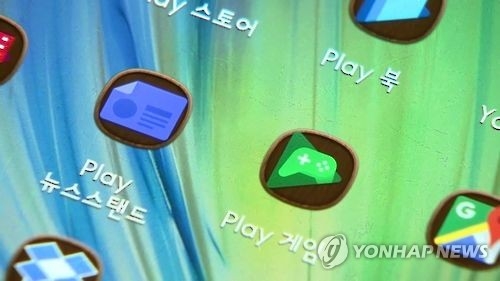